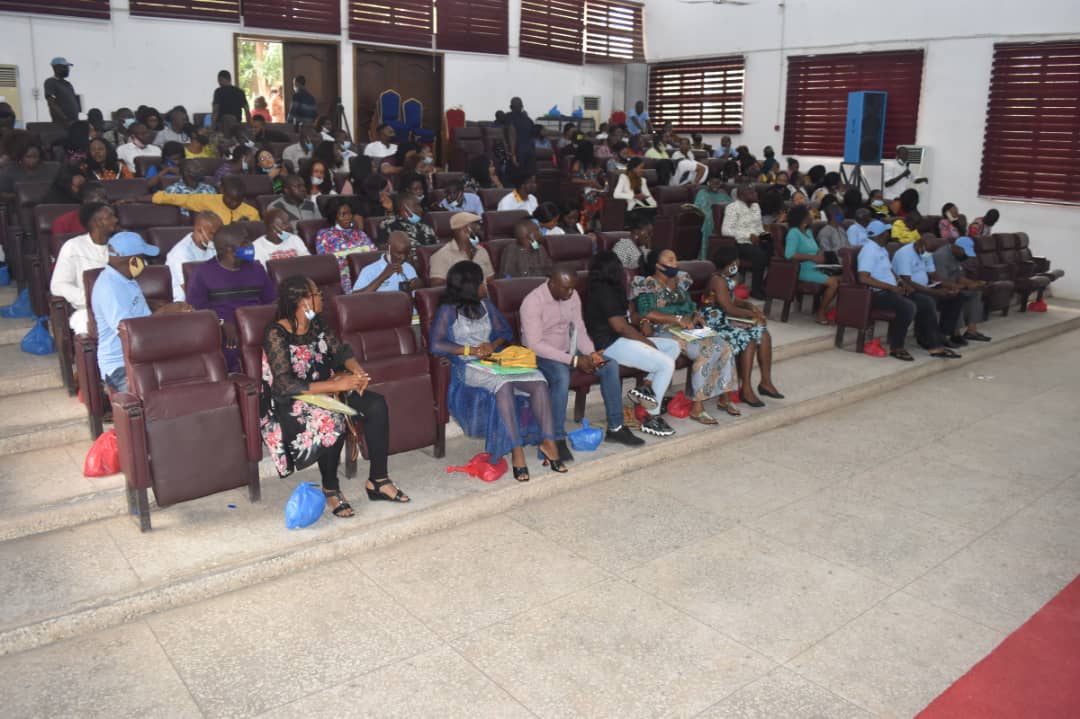 Trainers engaged in the Delta State Government’s Skills Training and Entrepreneurship Programme (STEP) for the 2020/2021 Cycle have been charged to faithfully uphold STEP Code of Conduct in order to sustain the programme.
The Chief Job and Wealth Creation Officer of the Delta State Job Creation Bureau, Prof. Eric Eboh, gave the charge during a one-day Trainers’ Workshop held in Asaba.
Over 100 STEP trainers who attended the workshop make up the First Batch of Trainers selected to participate in the 2020/2021 Cycle in four skills which training duration range between six to eight months.
The four skills included Electrical Installation and Solar works, Fashion Design and Tailoring, Welding and Fabrication, and Tiling and Interlocking.
Prof. Eric harped on their roles as job creation trainers which he described as crucial to the success of the STEP programme, adding that the rules and regulations/code of conduct had been faithfully implemented from the inception of the job creation programme which accounted for the high success rate of the programme.
“The workshop is the benchmark for taking part in this training. The purpose is to familiarize the selected STEP trainers with the principles, rules, regulation and the code of conducts for the trainers and trainees and to perfect the documentation and data of the selected trainers, and to obtain the commitment of selected STEP trainers in the training activities. Attendance and participation in the workshop are clear indications of commitment,” he noted.
He stressed that the job creation programme was known for discipline, integrity, excellence and quality and that if these attributes were taken out of the programme, there would be no job creation bureau in the state.
He urged them to allow the trainees unhindered access to their facilities, make themselves available to the trainees and to report any form of truancy and absenteeism by the trainees to the bureau.
He reaffirmed that the State Government through its Job and Wealth Creation Bureau had trained and established over 5,000 previously unemployed youths in diverse vocational and agricultural enterprises in the past five years, disclosing that 1,000 youths would be trained and established in the 2020/2021 Cycle through STEP and YAGEP.
On his part, the Executive Assistant to the Governor on Youth Monitoring and Mentoring, Mr Edward Mekwunye, tasked the trainers to abide strictly to the rules and regulations guiding the implementation of the STEP programme to ensure programme success and in the long run achieve the Stronger Delta Vision of the State Government.
Responding differently, three of the STEP beneficiaries who have grown their businesses and have qualified to become trainers expressed their gratitude to the State Government for being part of training process. They said it was their way of giving back to society what was impacted on them by the State Government free of charge.
They enjoined all beneficiaries of the STEP programme to remain positive through complete dedication, diligence and consistency.
Also present at the event were the Senior Special Assistant (SSA) to the Governor on Job Creation, Hon Leonard Esegbue, the SSA to the Governor on Wealth Creation, Mr Patrick Okei and the SSA to the Governor on Wealth Creation, Mr Emmanuel Osazuwa.
By Promise Ogana