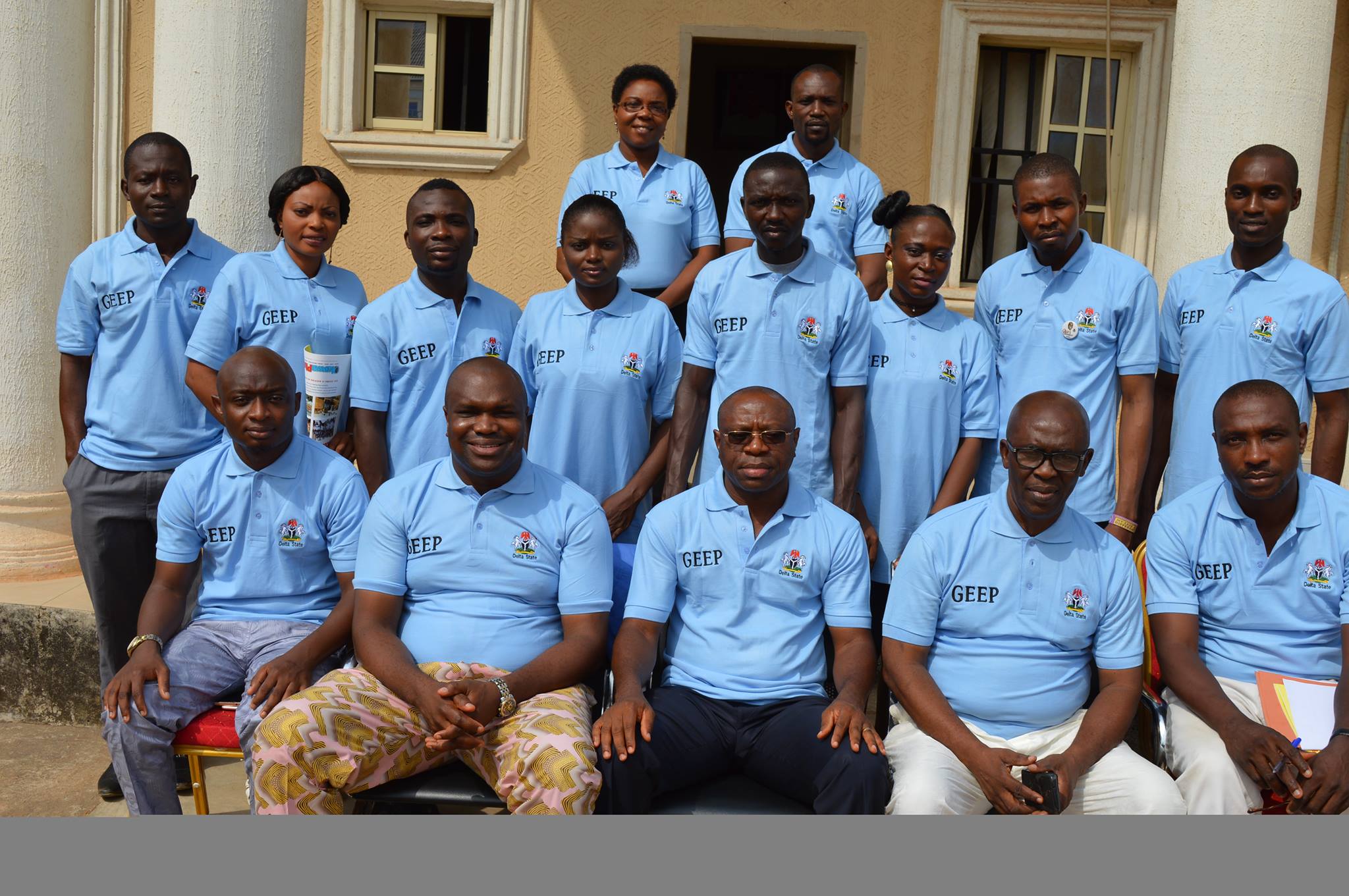 Beneficiaries of the Graduate Employment Enhancement Programme (GEEP) have applauded the state government for linking them to the companies that employed them.

The commendation was made when the Communication Officer in the Office of the Chief Job Creation Officer in Asaba, Mrs. Gertrude Onyekachukwu-Uteh, visited GEEP beneficiaries employed by IMC Plantations LTD, Nsukwa and by Chinedu & Sons Investments Nig. LTD, Asaba.

Speaking on behalf of 5 GEEP employees in IMC Plantation, Mr. Ifeanyi Ernest Aniuchi, who hails from Aboh in Ndokwa East LGA and a graduate of Agricultural Economics, appreciated the Governor of Delta State, Dr. Ifeanyi Okowa for initiating the SMART job creation programmes, urging him to continue the good work so that other unemployed youths would be gainfully engaged.

According to him, “GEEP is a life transforming programme and will continue to be of quality benefits to Delta State graduates. Prior to my employment I was completely naive about oil palm management. In 2016, it was announced that all Deltans who studied Agriculture should submit their details to the newly created job creation office. I took advantage of the opportunity and was later invited for an interview in an oil palm estate where I was trained in the oil palm plantation business for six months and employed to work as a Plantation Development Supervisor.”

He said he was employed under GEEP in IMC Plantations Limited as a field supervisor and shortly after which he was promoted to Assistant Out grower Manager as a result of his diligent contribution to the growth of the company.

He explained that out grower is a scheme that networks small owner farmers with large international and national companies, assisting them with their field operations and technical advice.

He emphasized that his interest in oil palm plantation arose after being trained by his company, adding that if given an opportunity to choose a career, he would choose oil palm management over again because he has seen fortune in it.

He said the employment has made him a consultant to other small oil palm farmers, adding that he has acquired two hectares of land for development of oil palm production.

Speaking earlier, the General Manager of IMC Plantations Limited, Mr. Christopher Kwasi Tsogbe, affirmed that GEEP has been beneficial to his organization, stating that they are willing and ready to accept more graduates if the government continued with the programme.

Mr. Tsogbe said the employees have imparted positively on the company as direct front line staff in charge of the company’s harvesting, maintenance and evaluation of the palm plantation.

In a similar development at Chinedu and Sons Investment Nig. LTD, Mr. Sylvester Nkechi, a graduate of accounting who hails from Ika South LGA, said his employment through GEEP has been a great one because it has opened his understanding into the accounting profession and has broaden his knowledge in practical aspects.

He noted that GEEP has added value to his life by making it easy for him to be gainfully employed. He said prior to his employment, it was difficult to take care of his family, adding that he could comfortably put food on their table.

“During the training, the Delta State government through the Office of the Chief Job Creation Officer took care of my upkeep for the period of six months in Chinedu and Sons Investment Nig. Limited by paying us ₦30,000 monthly for six months as interns,” he pointed out.

It is worthy to note that GEEP is aimed at linking unemployed graduate professionals with companies for internship to make them more marketable and attractive to employers and requires maximum cooperation and goodwill from private companies to succeed.