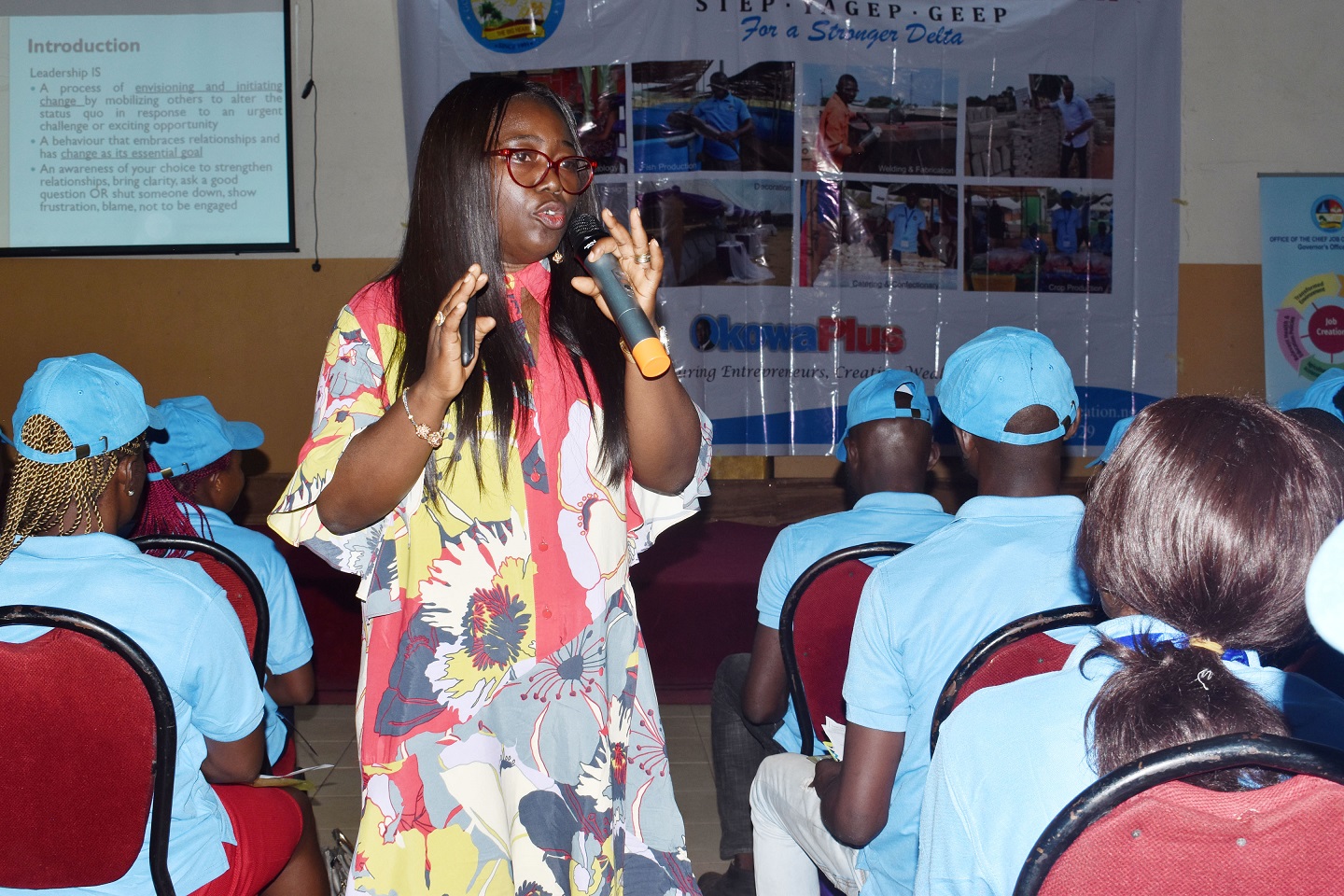 Beneficiaries of the Delta State Government’s Skills and Entrepreneurship Training (STEP) for the 2019/2020 Cycle have continued to commend the state Governor, Senator Ifeanyi Okowa, for continuing with the job creation programme in his second tenure.

Some of the trainees out of the 850 enrolled for the cycle made the commendation during the Orientation and Personal Effectiveness Workshop held in Asaba for those located in Delta North Senatorial District.

In an interview, Kenneth Onwuegbuosa (Ughelli North LGA) in Decoration and Event Management, thanked Governor Ifeanyi Okowa for the initiative which according to him was meant to train, enrich and support them with starter pack for establishment.

He said the opportunity would improve his skills in Event Management which had been his means of livelihood before now, appealing to the state government to continue with the programme in order to engage more unemployed youths.

Also speaking, John Anwuzia (Aniocha South LGA) in Fashion Design and Textile Design described the programme as the best opportunity any government can create for its youths, adding that his wife benefitted from the Youth Agricultural Entrepreneurs Programme (YAGEP) in 2015 and that with these opportunities the sky would be their limit.

For Blessing Ajueyitsi (Uwvie LGA) in Hairdressing, Makeover and Braiding, she had been applying since 2015 until she succeeded in the present cycle, encouraging others not to give up as the government cannot provide for everyone at the same time.

Precious Ajibade (Isoko South LGA) in Fashion Design and Textile expressed her excitement on lessons learnt through the workshop especially in the area of self-discipline and being focused. “I expect that within 7 months of training, I will achieve my purpose of becoming my own boss, being self-employed and self-dependent,” she added.

In his remark, the Hon. Commissioner for Youth Development, Comrade Ifeanyi Egwueyenga, charged the trainees to be committed to the programme so as to return the state government’s investment on them.

He described the programme as a seed that would propel them to realise their goals, urging them to seize the live changing opportunity to become great entrepreneurs.

He advised them to have the right mindset by imbibing the right virtues of hard work, honesty and to see value in the programme in order to encourage the government to sustain the programme.

“Shun materialism. Imbibe the right values and mindset to determine how far you will grow. Government provides fund, the Office of the Chief Job Creation Officer provides the process, but it is you that will determine the success,” he enthused.

While congratulating the beneficiaries on behalf of Governor Ifeanyi Okowa, the Chief Job and Wealth Creation Officer, Prof Eric Eboh, reiterated the state government’s commitment to curbing youth unemployment through the programme.

Prof Eboh said the Orientation and Personal Effectiveness Workshop was designed to train them to harness their potentials in order to make them productively engaged, masters of their destinies and self-employed business owners.

He warned that any trainee who failed to abide by the Code of conduct would be expunged from the programme, urging them to report whatever challenges they encounter at their training centres early enough.