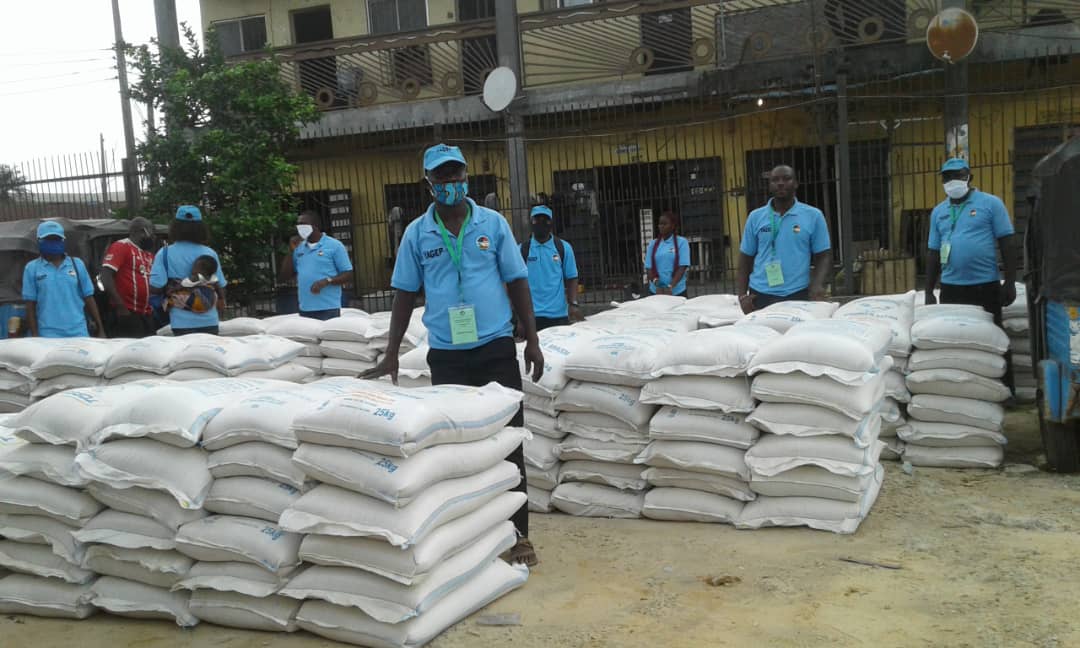 YAGEP Beneficiaries and the Assurances of Food Security in Delta

The beneficiaries who are of the 2019/2020 Cycle included YAGEPreneurs in Piggery, Poultry, Fish Production and Crop Production.

With 259 youth farmers in the 2019/2020 Cycle, the state government is poised to give greater attention to Agriculture to ensure food security, job and wealth creation and to ensure economic stability especially in this trying time of global fall in the price of oil due to the Coronavirus pandemic.

It is estimated that at end of the production cycle of each farm enterprise, there would be abundant food supply in the state, enough to feed the state and to sell to other parts of the country.

While Poultry (Broilers) has 58 YAGEPreneurs in the cycle, 32 YAGEPreneurs are farmers of layer birds. Altogether, while the former is estimated to produce 113 metric tonnes of live birds, the latter will produce 4.1 million eggs.

No doubt, the effects of these outcomes cannot be overemphasized not only on the lives of the beneficiaries, their immediate families and Deltans but on the economy of the state in particular and Nigeria in general.

Addressing newsmen at the Delta State Agricultural Rural Development Agency in Ibusa (DARDA), the venue where beneficiaries in Crop Production within Delta North Senatorial District received their support package, the Coordinator YAGEP, Mr Sam Ndikanwu, explained that Governer Ifeanyi Okowa was proactive, stressing that cash was earlier transferred to all beneficiaries in Poultry, Fish Production and Crop Production to purchase livestock/seedlings for their individual enterprises. 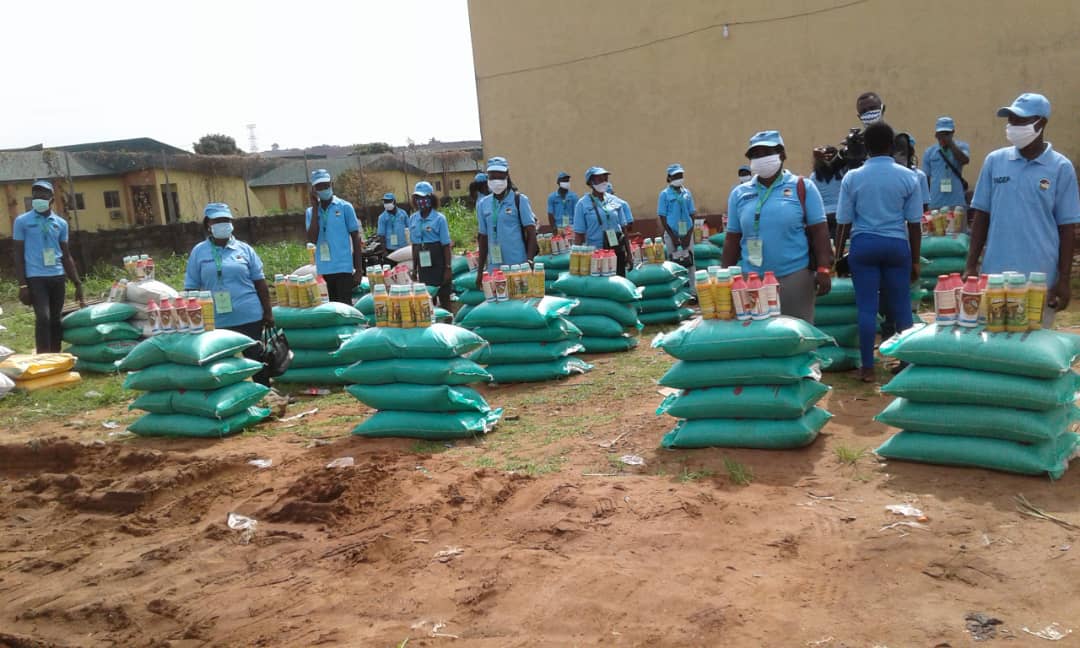 He said beneficiaries in Crop Plantation within Delta North Senatorial District who had concluded land preparation, purchased and planted their seedlings were in DARDA to receive the recommended bags of fertilizers and agrochemicals for pest and weed control.

The YAGEP Coordinator pointed out that though the one month lockdown as a result of the Coronavirus pandemic had affected the planting season which could lead to food shortage after the harvest season, he assured that the gap would be filled by the agricultural activities of the YAGEPreneurs .

He stated that the Delta State YAGEP initiative would bridge the gap in the shortfall in food supply in Delta State and beyond, stressing that why so many Deltans were on lockdown, the state government under the direction of the Governor was working to ensure that food is assured in Delta State.

Testifying to the credibility of the programme, he said, “Right from the beginning, the Governor directed that all Brown YAGEP beneficiaries must be farmers in reality not political ones. I led the team to the field to verify their farms to ascertain their eligibility before the qualified ones were recommended for the programme.”

A beneficiary in Plantain Production, Nwosu Votary (Aniocha North LGA) affirmed the experience has been great right from the training. According to him, “Earlier, I was given money to buy 500 suckers of high breed plantain suckers which I planted after preparing my land. I am in DARDA to receive 11 bags of fertilizer and 8 cans of agrochemicals for my farm.”

He said that additional 500 suckers to the 200 he had before would make great difference in his enterprise, leading to business expansion, food security, financial stability and job creation for other unemployed youths. 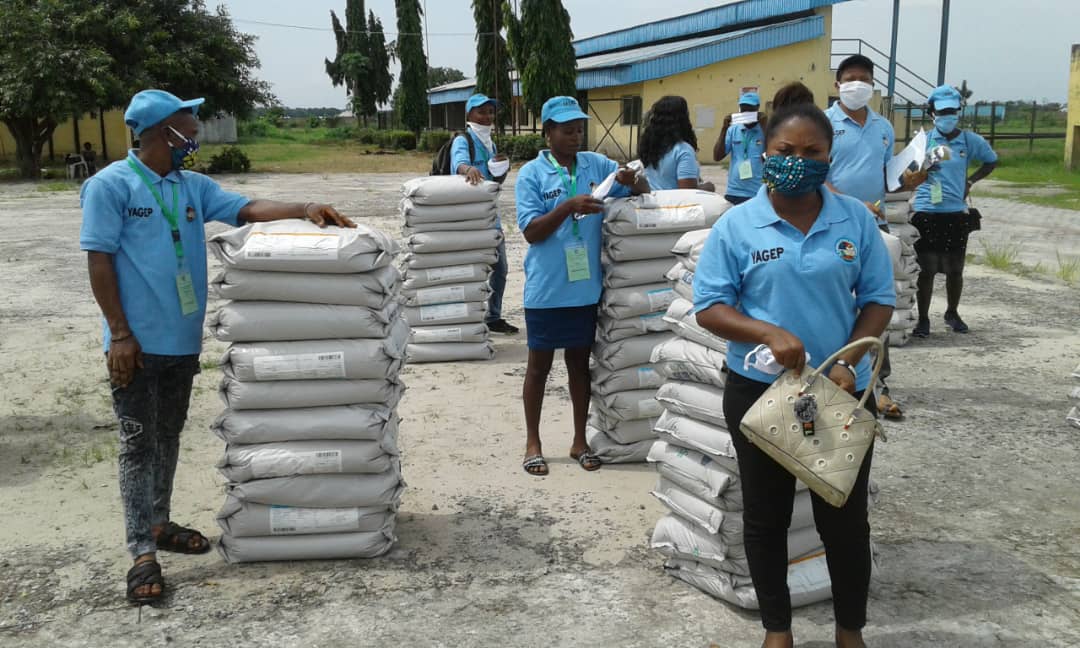 Also, Owolabi Ebiere (Patani LGA) in Cassava Production expressed her joy for the opportunity granted to her to benefit from the programme which she said would boost her capacity to produce more cassava tubers, make her self-independent and a contributor to adequate food supply in the state.

In Warri, Boyi Yihzuo Charles (Warri South West LGA) in Poultry emphasized that the inclusion of existing farmers into the YAGEP has increased his relevance in the poultry business, stressing that the aftermath of the state government’s support package will grow his business. “There is scarcity of poultry products in Ogbe-Ijoh. With 300 broilers and 120 bags of feed to take them to maturity, I will take over the market there,” he added.

He commended Governor Ifeanyi Okowa for encouraging and helping youths to go into agriculture which he said is a money spinner, and if well invested in could make Delta State and Nigeria economically stable.