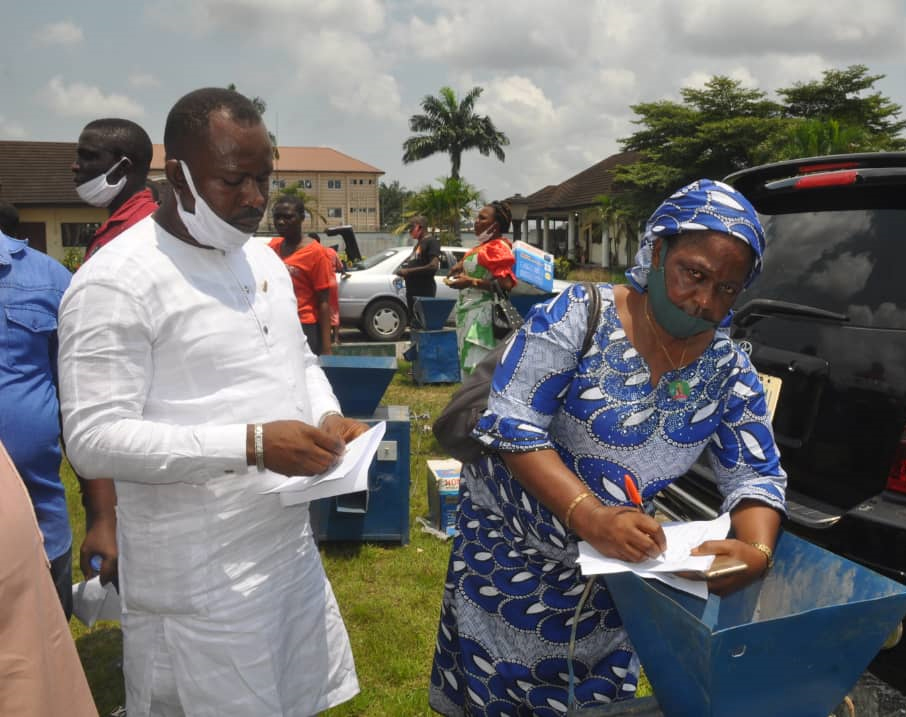 As part of its efforts in reducing the adverse economic impact of the Coronavirus Pandemic on households, the Delta State Government has handed out 90 melon shelling machines and generators to widows across the state.

The exercise was carried out through the state's Widows Welfare Scheme in collaboration with the Office of the Chief Job Creation Officer in Warri, venue for beneficiaries in Delta Central and South Senatorial Districts.

Presenting the machines to the beneficiaries, the State Coordinator of the Widows Welfare Scheme, Chief Isioma Okonta, said the exercise was borne out of Governor Okowa's commitment to ameliorate the suffering of indigent widows who needed such support to scale through the challenges posed by the COVID-19 Pandemic.

Chief Okonta said the benefiting widows were carefully selected upon physical verification from the three senatorial districts, and clarified to be among the vulnerable ones in the state.

While describing the scheme as one of Governor Ifeanyi Okowa's interventional programmes towards achieving his Stronger Delta vision, he recalled that the state government has enrolled 5,607 widows under the scheme who are on its payroll monthly.

He charged them to put into judicious use the items to generate income for themselves and their families.

Speaking on behalf on the widows, Mrs Efe Ohwfatshor (Uwvie LGA) and Mrs Ewule Atigbi (Warri South West) expressed their gratitude to the state government for the kind gesture, pledging to use the machines to improve their livelihood.

The highpoint of the event was the presentation of the machines to the widows.