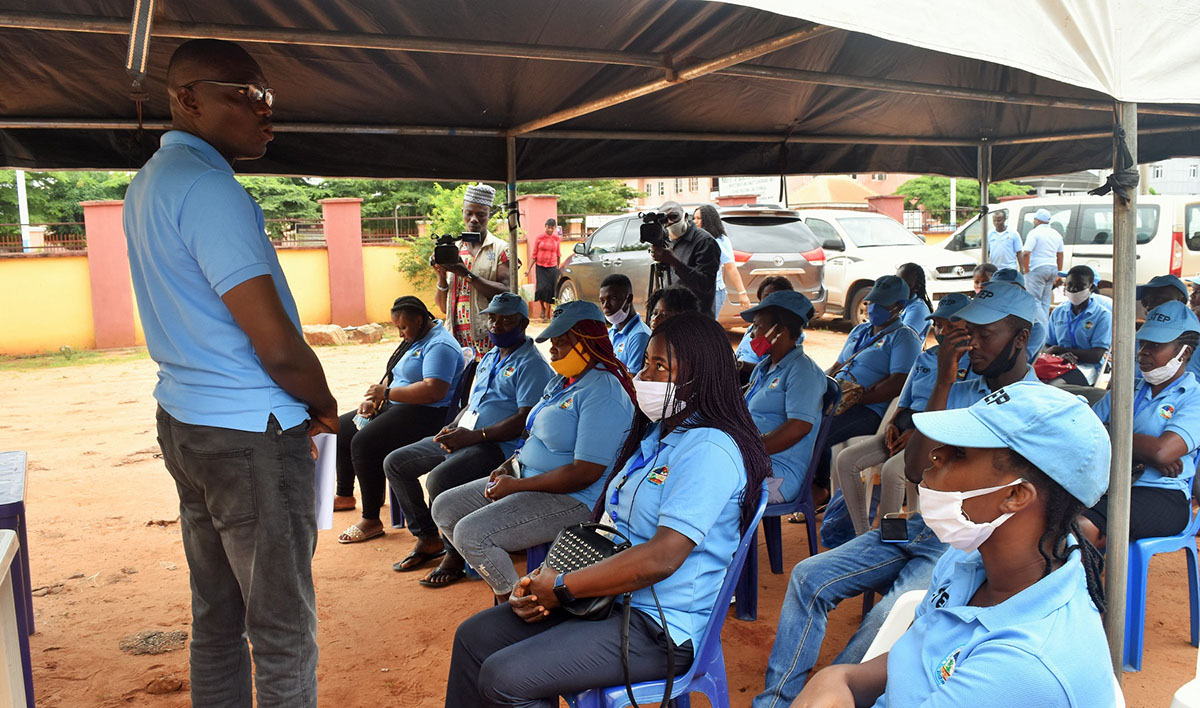 Beneficiaries of the Delta State Government’s Skills Training and Entrepreneurship Programme (STEP) who failed the initial Post Training Proficiency Test has expressed their gratitude to Governor Ifeanyi Okowa for giving them a second chance.

This was the collective expression of the beneficiaries while receiving their starter packs in Asaba having completed their training and passed the second PTPT set for them successfully.

Ajueyitisi Blessing (Uwvie LGA) in Hairdressing, Makeover and Braiding, said she was grateful for the opportunity the Governor has given to beneficiaries who failed the PTPT to repeat the test. This she said was borne out of Governor Okowas’s commitment to nurturing them as entrepreneurs and job creators.

According to her, “It was a very painful experience for me because I realized that I did not put in much effort. I had to pay my trainer to re-train me for one month; I made sure I put in more effort, night and day, to achieve success. I thank our Governor for the opportunity he gave to us to retrain to become entrepreneurs. I hope to grow my business in order to train others.”

On her part, Igben Vivian (Ethiope West) in Cosmetology explained that she could not sleep for three days when she learnt she was not invited to receive starter pack along with her mates because she failed the PTPT.

While expressing happiness at the quality of items that make up her starter pack, she recounted her experience, “I paid to relearn; with more efforts and seriousness, I passed the test to qualify for starter pack. Are all these items mine? I am grateful to Governor Ifeanyi Okowa. I shall put them into good use to make Delta State proud”

For Ahworegba Goddy (Isoko South LGA) in Event Management and Decoration, he said he missed the first proficiency test because his phone was unavailable as at of the time he was invited for it by the job creation office.

He said he was optimistic that he would use his skill as an Event Manager to live a meaningful life and to create job for other unemployed youths. 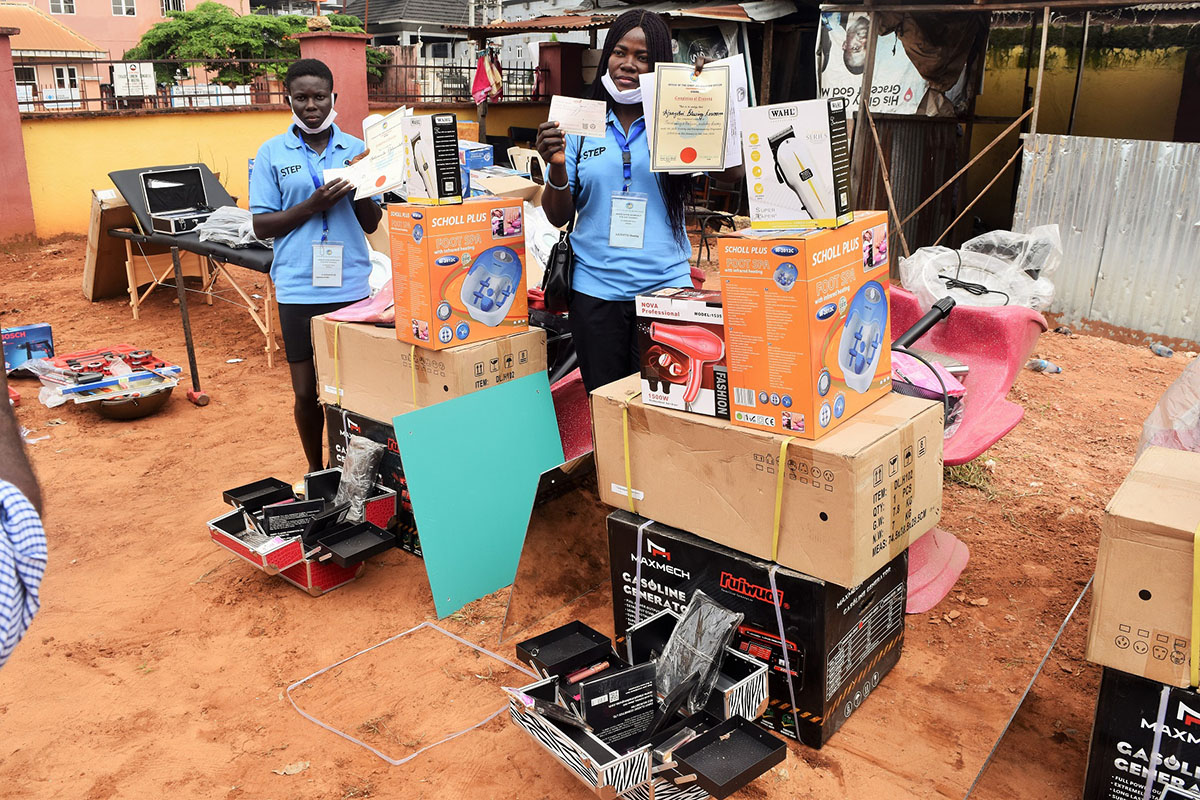 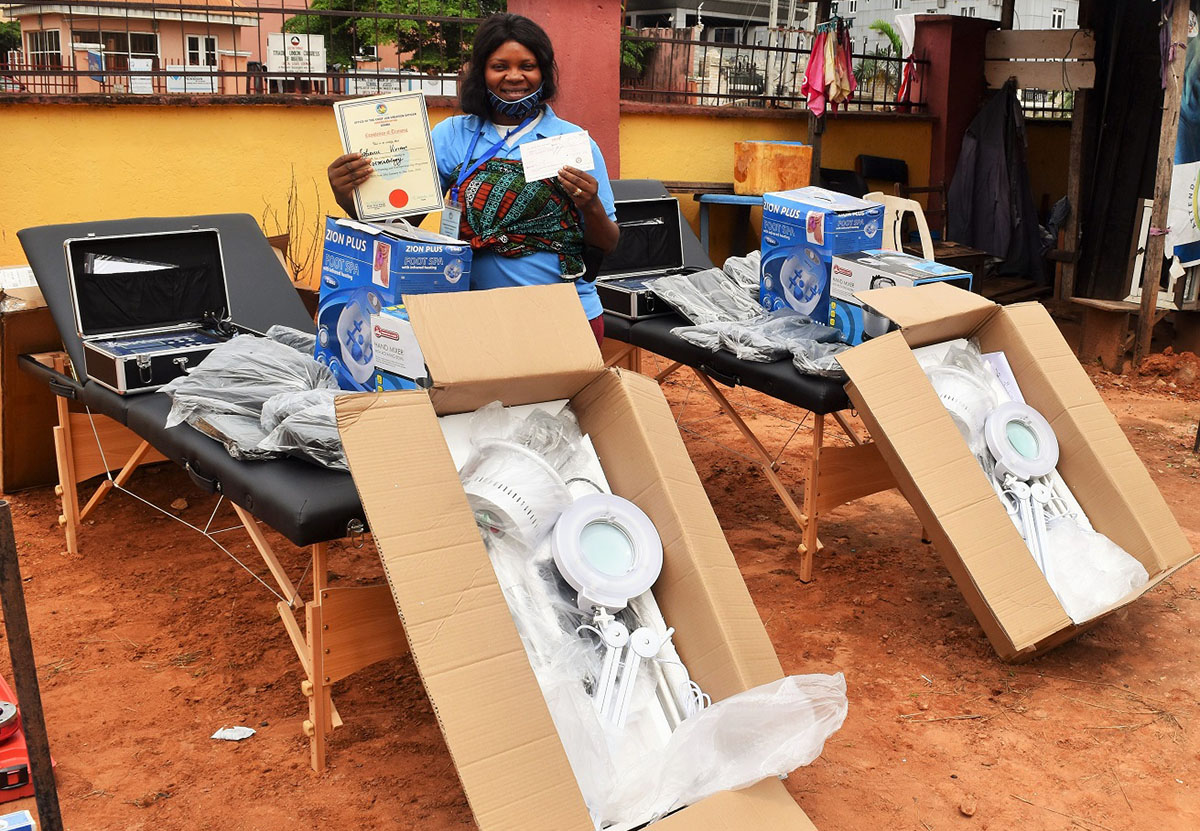 Earlier the Chief Job and Wealth Creation Officer, Prof Eric Eboh, congratulated them for their ability to follow the process successfully to the end.

He disclosed that 26 STEP beneficiaries in Cosmetology; Event Management and Decoration; Fashion and Textile Design; Hairdressing, Makeover and Braiding, and Plumbing were to receive their starter packs.

He stressed that the 26 beneficiaries constitute the third batch of those who have received starter packs in the 2019/2020 Programme Cycle, emphasizing that apart from the five in Plumbing, the rest were those who spilled over from the first and second batches and had to undergo a remedial course on their own and then return to retake the PTPT.

Also speaking, the Senior Special Assistant to the Governor on Wealth Creation, Barr Tony Omonemu, advised them not to sell their starter parts, but to put them into maximum use in order to fulfil the vision of the Governor of nurturing them into great entrepreneurs who would drive the state economy.