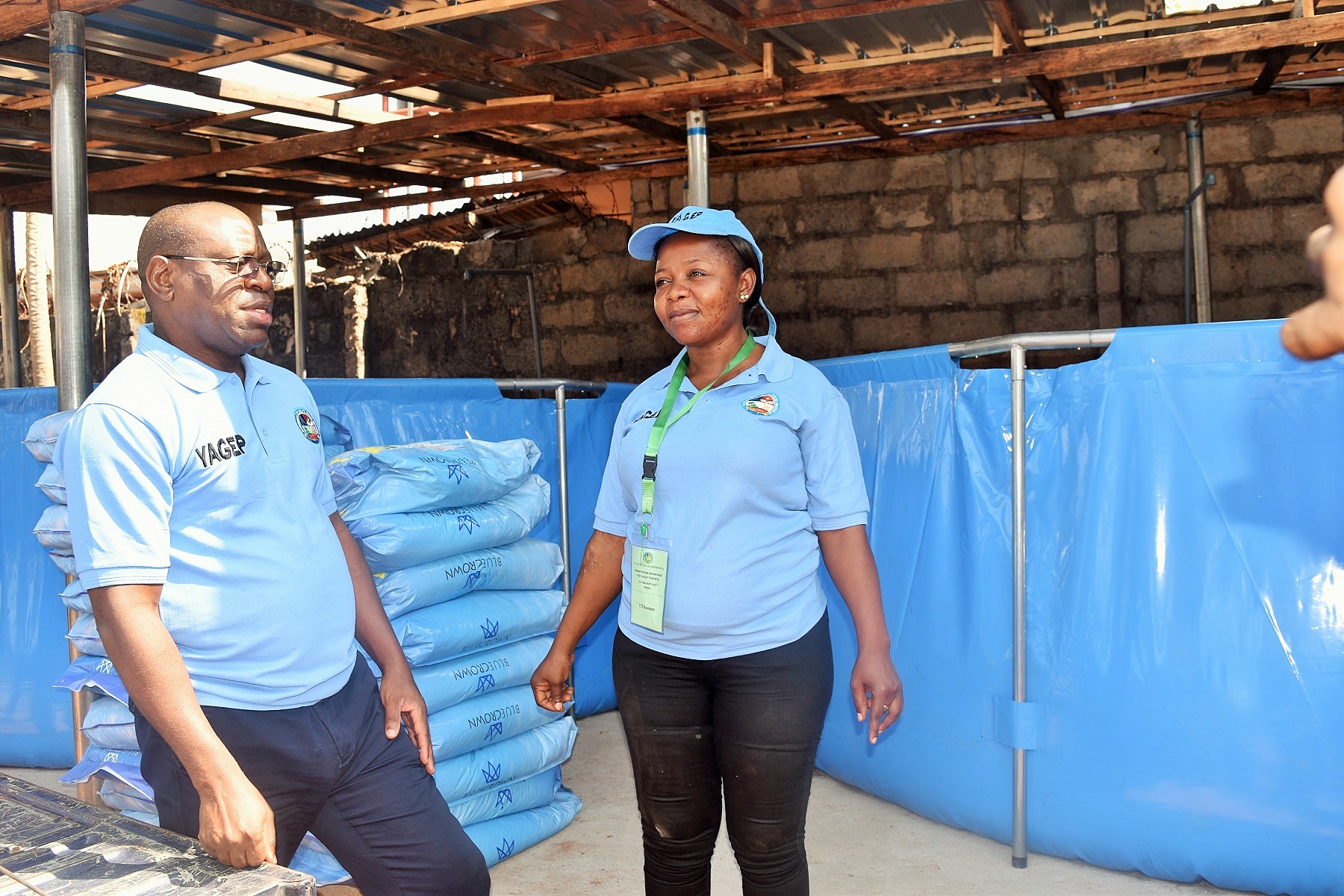 The successes recorded through the Delta State Government’s Youth Agricultural Entrepreneurs Programme (YAGEP) have been described as the realization of Governor Okowa’s vision to productively empower and engage youths in agricultural enterprises.

The Chief Job and Wealth Creation Officer, Prof Eric Eboh made the assertion during the media tour of some of the YAGEP facilities built for youths who are beneficiaries of Green YAGEP in the 2019/2020 Cycle.

Addressing the journalist in Asaba at the YAGEP farm established for Rosemary Uti, a Green YAGEP beneficiary trained and established in Fish Production, Prof Eboh, expressed joy that Delta youths are living out the vision of the State Governor, Senator Ifeanyi Okowa.

He explained that the Green YAGEP Fish farm was a prototype fish farm developed for Green YAGEPreneurs in Fish Production who had been established across the three senatorial districts of the state and that Green YAGEPreneurs are fresh farms who had no experience in farming, but were trained by the State Government in any farming enterprise of their choice.

“As you can see, we have three of 13 X 13 X 4 feet polygon tarpaulin fish tanks resting on a very strong basement. Every beneficiary in Fish Production in other senatorial districts has this prototype. It is well designed and implemented to enable the Green YAGEPreneur in Fish Production to take off successfully. The estimated capacity is 500 fish per tank. We gave them 1,500 juveniles and 120 bags of fish feeds in 2mm, 3mm, 4mm, 6mm and 9mm to grow the fish to maturity. We provided all that is needed from building of structures to management support. Water management is very critical for optimum fish yield,” he stated.

He emphasized that quality fish and feeds were provided appropriately to ensure that the YAGEPreneurs become successful in their enterprises, adding that 252 youths are beneficiaries of the Green and Brown YAGEP in the present cycle.

While congratulating Rosemary Uti for her establishment by the government, he ascribed the credit to the State Governor for his vision, adding that the beneficiaries are to reinvest the proceeds from the sale of the matured birds at the end of the production cycle.

Also at Owa-Alero, each of the beneficiaries visited had a 500 birds capacity poultry pen built for them by the State Government.

According to the job and wealth creation boss, “The Poultry farms for Green YAGEP beneficiaries in Poultry Production are to enable them to set up their agricultural enterprises and to grow it to a point where they will harvest and re-invest their proceeds. Each beneficiary has a 21 X 20 feet customized poultry pen for 500 birds.”

He said the State Government ordered the birds from a reputable hatchery and that each beneficiary received 500 day old broilers in addition to other support packages which were adequate and appropriate for their enterprises.

He listed the establishment package for each beneficiary to include a 500 capacity poultry pen at maturity; 500 day old broilers; 145 bags of feeds given in tranches to avoid expiration; 20 adult drinkers, 20 adult feeders, 10 baby feeders and 10 baby drinkers; a roll of 15kg black nylon for brooding; provision of vaccines at different doses; 4 stoves, six months stipends and trainings.

He pointed out that the Green YAGEP beneficiaries are established on their own lands either acquired personally or inherited or on a long-term lease contract, stressing that the documentation of the land was one of the reform measures initiated by the State Government to prevent abandonment of the farm, to eliminate youths who are not serious from the programme and to ensure the sustainability of the programme.

Responding on behalf of other beneficiaries, Rosemary Uti thanked Governor Ifeanyi Okowa for keeping to his promise of creating jobs for the youths. She said she had no knowledge of Poultry farming before she got enrolled in Green YAGEP after over four years of unemployment.

She added that she acquired knowledge in Fish Farm Management and Hatchery during training, pledging to contribute to the development of the state economically by employing 3 persons to work with her when she begins fish hatchery.