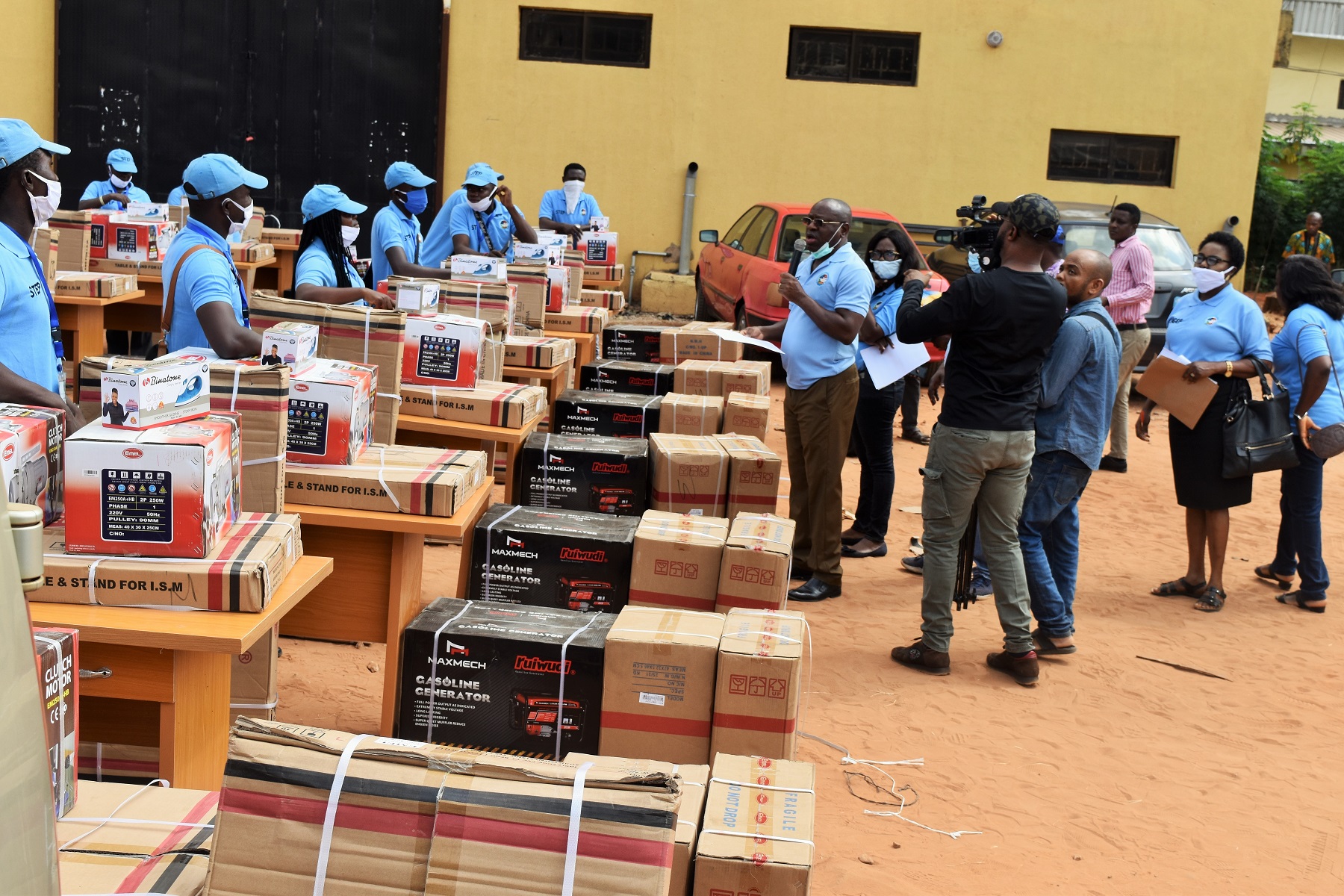 In line with Governor Ifeanyi Okowa’s vision of achieving a Stronger Delta, the Delta State Job and Wealth Creation Bureau has marked another landmark by establishing an additional 144 unemployed youths in the Fashion and Textile Design enterprise.

Prof Eboh emphasized that since 2015, the state government has engaged, trained and empowered Delta Youths under its Skills Training and Entrepreneurship Programme (STEP), adding that a total of 3,881 youths had benefited from the personal effectiveness training, skills training, entrepreneurship training and start up support activities under STEP.

He pointed out that the beneficiaries that have been trained and established in Fashion and Textile Design from 2015 to date are 774 out of which 144 are receiving starter packs having successfully completed the three training phases which lasted for eight months.

According to him “Since inception in 2015, His Excellency, Dr. Ifeanyi Okowa, Governor of Delta State, has ensured that Job Creation scheme is implemented based on the core principles of professionalism, integrity, quality and discipline. The implementation of the job creation scheme is complemented with mentoring and support from the Directorate of Youth Mentoring and Monitoring (DYMM). As a result of these features and arising from the verifiable tangible results and impacts on economic conditions of youths, the Delta State Job Creation Scheme has become the role model throughout the country.”

He noted that the starter pack items given to the Fashion and Textile Design beneficiaries included Ino Industrial Sewing Machine (EMEL-8500-8900), Industrial Weaving Machine, EMEL-250watts, Cutting Table, Pressing Iron, Generator (3.5kva, Copper Coil) and shop rent, adding that the items given to them are equipment, tools and materials necessary and sufficient to set up, own and run a viable and successful enterprise. He explained that the one year shop rent is to enable them to hit the ground running.

He congratulated the beneficiaries for the successful completion of their training, and charged them to be discipline, diligent, patient, focused and prayerful in order to succeed as entrepreneurs.

“You should have a vision for your enterprise, develop a plan to make the vision and work towards it, do not be discouraged or derailed by initial obstacles that would confront you, rather, see the obstacles as a stepping stones to successful entrepreneurship. Remember the axiom- Winners don’t quit and quitters don’t win. Be humble to learn continuously, be wise to improve yourself and be resolute to grow your enterprise,” he admonished.

While advising them to partner with others through networking and collaboration to ensure success, he stressed that the Delta State Job Creation Programme success is measured by the success of the beneficiaries, assuring them that Job Creation Bureau would continue to work with the Directorate of Youth Monitoring and Mentoring to facilitate networking, mentoring and other support necessary for the survival, growth, success and sustainability of the beneficiaries’ new enterprises.

He reiterated the fact that STEP has a success rate of 66% and YAGEP 77% which are major boost to the economy, giving credence to the recent rating of Delta State by the National Bureau of Statistics as the least poor state in the country after Lagos State.

Responding on behalf of other beneficiaries, Ighogboja Omamezi who hails from Isoko North expressed her gratitude to Governor Ifeanyi Okowa for the opportunity to be selected, trained and established under STEP programme.

“I have been unemployed for a very long time, and my life was nothing to write about. With this establishment, I shall be able to stand on my own without depending on any one financially. I have heard people say some beneficiaries usually sell off their starter packs, but as for me, I shall never sell mine because with this starter packs, I can do something for myself and, also, be able to help others so that the aim of our Governor towards the youths would be actualized,” she remarked.