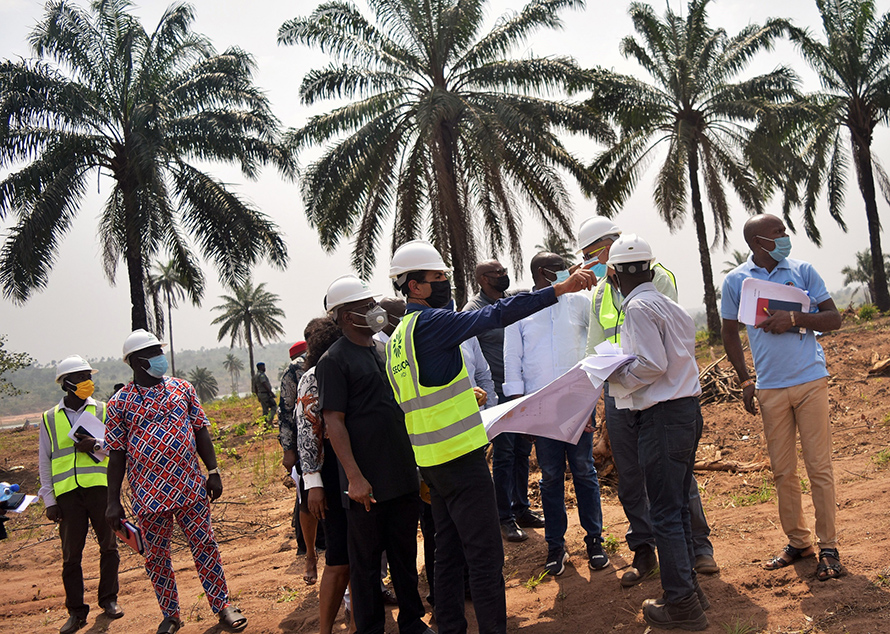 The contracting firm engaged in the execution of the Delta Agro-Industrial Park, Ogwashi Uku has been charged to redouble its efforts in the exercise to ensure that the project is delivered in good time.

The meeting was attended by all stakeholders engaged in the execution of the project such as the Hon Commissioner for Lands and Survey, Mr Churchill Amagada; the Representative of the Attorney-General; the Chief Economic Adviser to the Governor, Dr Kingsley Emu; the Consultant to the State Government on the Project, Arc Kester Ifeadi; the Consultant Surveyor, Esv Chris Okolo and the Representative of Sequoia Group, Mr Ran Yogev.

Prof Eboh reiterated the State Government’s commitment to the completion of the project in good time. He explained that the project was initiated to provide a safe operating space for agro-allied industries and factories to process raw agricultural materials into edible or finished products.

According to him, “With about 220 hectares of underdeveloped arable land lying by the Ogwashi-Uku Dam, huge potentials exist in the state for crop production, livestock production, especially poultry and piggery. It will diversify the economy, generate employment for the youths, be a haven for investors, ensure food security, enhance incomes and the earning power of existing farmers and make agriculture more attractive to our people.’’

Earlier, the Consultant to the State Government on the Project, Arc Kester Ifeadi, reported that the contractor was able and fully mobilized to continue work on the project, adding that the parameter fencing and equipment procurement were 80% completed.

He solicited for a regular engagement between the committee, consultants, community and Attorney-General to fast-track the project, thanking the various stakeholders for attending the meeting.

On his part, the Chief Economic Adviser to the Governor, Dr Kingsley Emu, advised the contracting firm, Sequoia Group, to promote peace in the state by engaging the hosting community through labour. ‘’30% of the labour should be sourced from the community,” he maintained.

The highpoint of the ceremony was the inspection of the project by the stakeholders.

By Gertrude Onyekachukwu and Promise Ogana