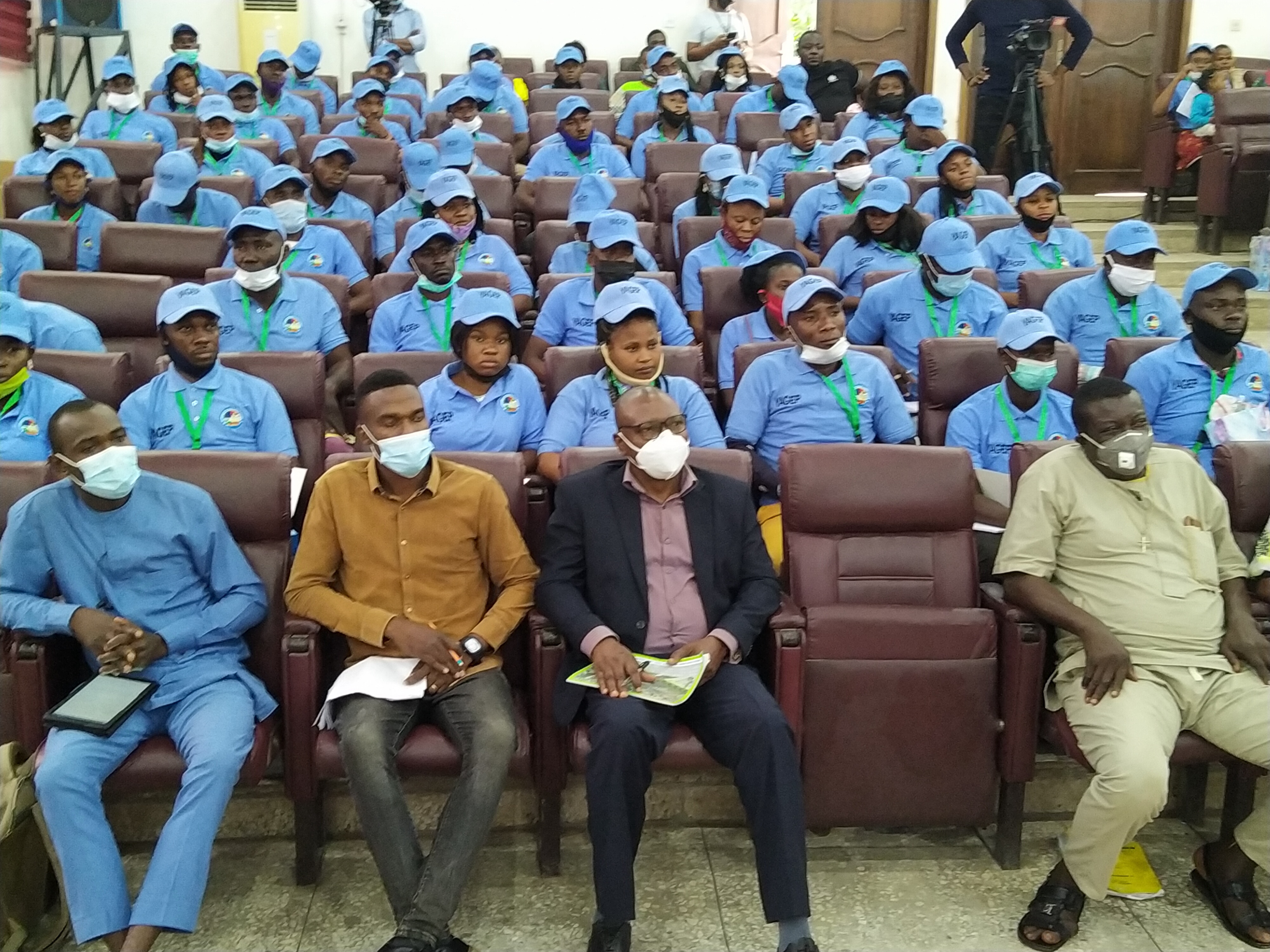 The Delta State Government has introduced Apiculture in its Youth Agricultural Entrepreneurs Programme (YAGEP) in addition to Fish, Crop, Piggery and Poultry Productions in the 2020/2021 Cycle.

The beneficiaries constitute those in livestock enterprises selected to benefit in the second batch of the 2020/2021 Brown YAGEP Cycle as Poultry, Piggery, Fish Production and Bee-Keeping (Apiculture).

Prof Eboh applauded them for meeting the criteria for selection in the programme, especially the 24 pioneer beneficiaries in Bee-Keeping and commending Comrade Sunny Ojenima for facilitating the inclusion of Bee Farming into the job creation programme.

He pointed out that the 2020/2021 YAGEP Cycle is the sixth cycle and that 1,174 youths have been trained and established in their choice enterprises either in Crop Production, Fish Production, Poultry and Piggery in the first five cycles.

He explained that a total of 286 YAGEP beneficiaries have been enrolled into the programme in this sixth cycle. He charged them to take the training seriously so as to acquire new skills that would boost their enterprises.

“Except those who turned the other way round, no beneficiary was trained and remained the same. The wish of His Excellency, the Governor is that your story will never remain the same. You will agree with me that the process has been transparent. We confirmed your farms and documentations during the physical verification exercise.

“That is the wish of the Governor that we select only those who are already in agriculture and help them to grow and survive rather than chasing after people who do not have interest in agriculture. By virtue of your invitation to this workshop, you are admitted into this programme,” he remarked.

On his part, the Executive Assistant to the Governor on Youth Monitoring, the helmsman in charge of the Directorate of Youth Monitoring and Mentoring (DYMM), Mr. Edward Mekwunye, represented by the Head Technical DYMM, Pastor Festus Eligbo, admonished the beneficiaries to apply knowledge gained at the training to ensure business success, assuring them that DYMM would continue to monitor and mentor them at different stages.

The Senior Special Assistants to the Governor on Job and Wealth Creation, Engr Chukwuka Osumili, Mr. Emmanuel Osazuwa and Prince Charles Abutoh while charging them to be committed to their enterprises, urged them to take full advantage of the programme to take their businesses to the next level.

Feeding questions from newsmen, the Facilitator for Bee Keeping in the state, Comrade Sunday Ojenima, said the introduction of the enterprise into YAGEP is a welcome development that will boost the economic fortunes of Delta youths.

The Shell Petroleum trained Bee Keeper said Bee Keeping is a lucrative business, explaining that bee is the greatest pollinator. He advised that if every farmer invest in Bee Keeping, more food will be produced in the state in addition to other benefits as honey, bee wax and other products.

He tasked more Deltans to key into Bee Farming, describing it as a zero-level and cost-effective farm enterprise that requires only minimal initial capital to set up.

Responding on behalf of others, Sunday Evelyn in Bee Keeping and Shedrack Osakwe in Fish Production expressed gratitude to the State Government for the job creation initiative. They pledged to apply the knowledge acquired to improve their farming techniques.