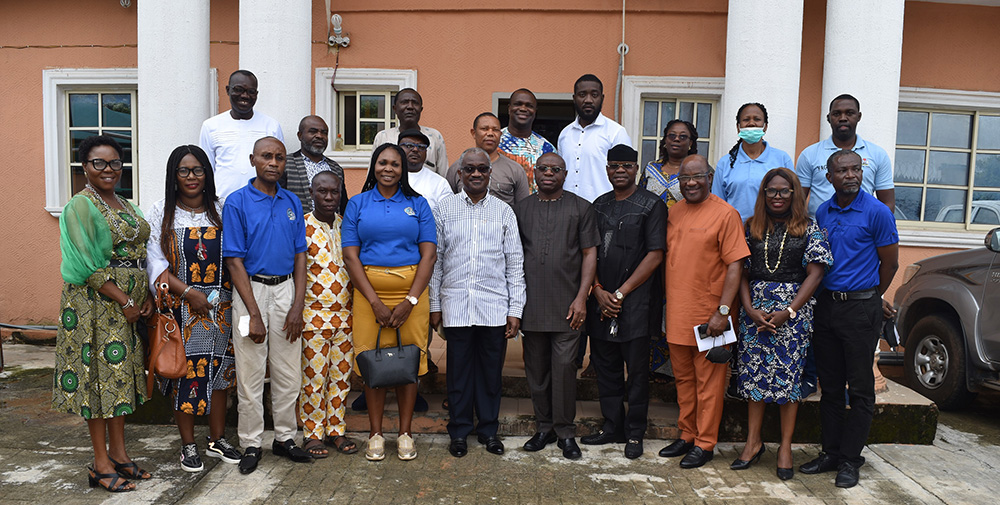 The Delta State Government has been commended for its efforts at promoting the Sustainable Development Goals’ global framework for economic and social development through its policies and programmes.

Prof Eboh stressed that by the core mandate of the bureau, his team is promoting five goals of the SDGs by training and establishing Delta Youths for self-employment through the State Government’s job creation programmes.

He emphasized that the job and wealth creation bureau has engaged 5, 974 previously unemployed youths in meaningful vocational and agricultural enterprises at the ration of 49% of female and 51% male in the past six years.

While assuring the DG of the bureau’s cooperation at all times, he nominated the Statistician in the bureau, Mr. Frank Enebeli, as the SDGs Desk Officer.

Earlier, the Director-General of SDGs, Dr. Andy, Ilabor, pointed out that the purpose of the visit was to sensitize the bureau on the objectives of the SDGs and how the bureau can adhere to the goals, indications and targets in the implementation of its programmes and projects to help the State government achieve the desired outcomes in its developmental efforts of giving better life to Deltans and her future generations.

He disclosed that the achievements of the State Government through the job and wealth creation bureau have earned for the state special recognition as an Innovation and Acceleration Hub in SDGs in the South-South Zone by the United Nations Development Programme (UNDP) in collaboration with the Office of the Senior Special Adviser to the President on SDGs.

He affirmed the directorate will synergize with the bureau in five goals out of the seventeen SDGs, especially in the areas of poverty eradication and employment creation, saying, ‘’When you promote employment, hunger and poverty are brought to an end and peace and security are sustained.

“Governor Okowa saw tomorrow in 2015. He saw the critical areas that needed action and centered his goals on them through the SMART Agenda with Strategic Wealth Creation and Provision of Jobs for all Deltans as the mandate of the bureau.”

He explained the directorate hoped to collaborate with the bureau in the areas of data collection, having a report at the end of every programme, performance evaluation, and the need to have a desk officer on SDGs in the bureau.

Present at the visit were the Senior Special Assistants to the Governor on Job and Wealth Creation in the bureau and the senior management staff in both agencies.

The highpoint of the visit was the presentation of an award of excellence to the Prof Eboh which he dedicated to the Governor as the initiator of the job creation programme and for his political protection to ensure its success.