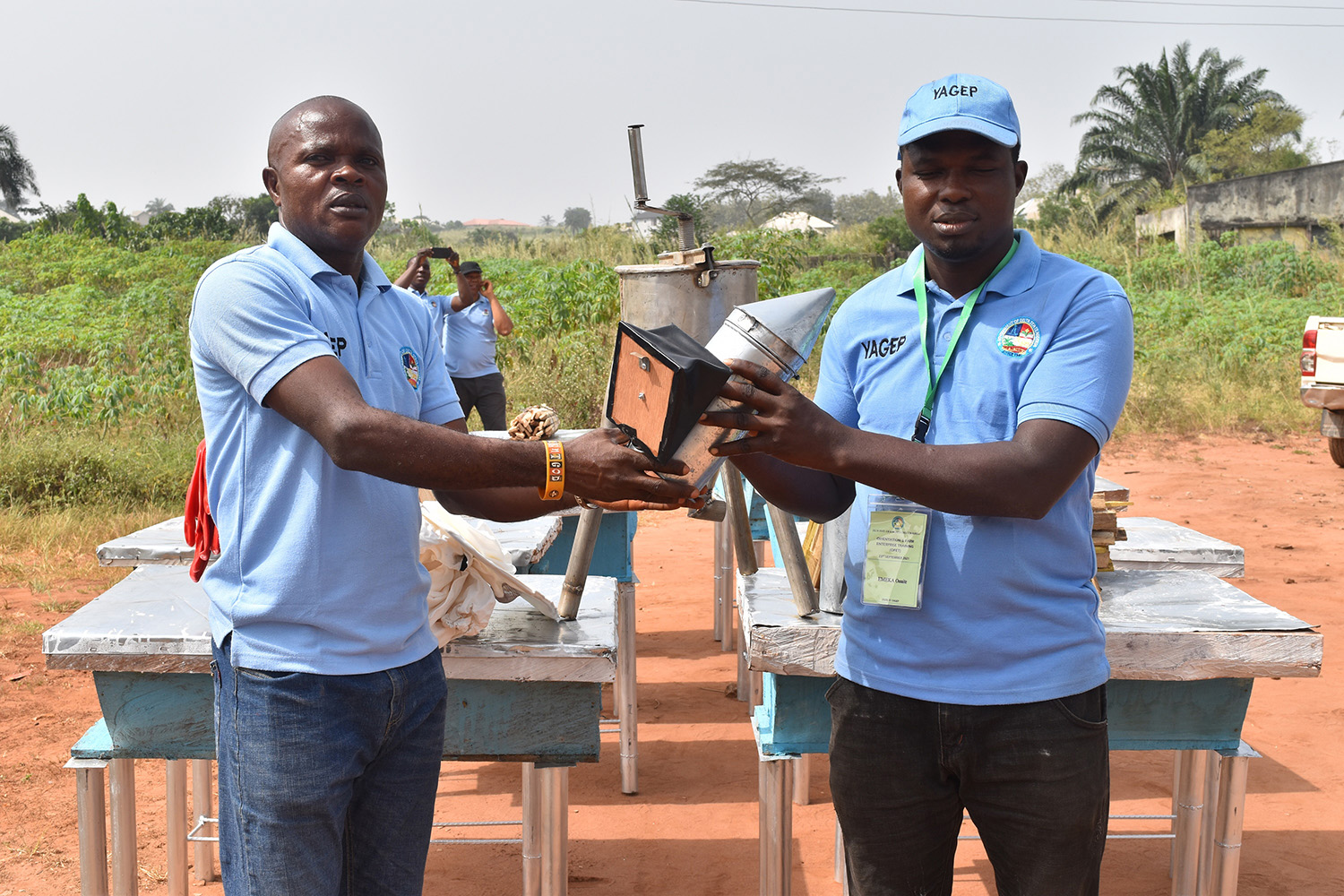 Bee farmers enrolled in the Delta State Government’s Youth Agricultural and Entrepreneurs Programme (YAGEP) in the 2020/2021 Cycle have received farm support to expand their bee-keeping enterprises.

The beneficiaries numbering twenty-one were drawn from different local government areas across the three senatorial districts of the state.

He explained the inclusion of apiculture was informed by the commercial importance of its products particularly honey in food, beverages, pharmaceutical and other industries coupled with the profit potentials for youths in agriculture.

According to him, “The beneficiaries are youths that are already involved in apiculture and physically verified as owners and managers of beekeeping enterprises. They were retrained to improve their production and management skills and practices.

“Following their successful training, they are being provided today with support packages which comprise beehives with cover, iron stands, stainless honey press, smokers and bee suits. The support package is designed to help the beneficiaries grow and sustain their individual beekeeping enterprises.”

The job creation boss maintained that the support to youths in apiculture would impact on their output, productivity and incomes in line with the job and wealth creation agenda of Governor Ifeanyi Okowa.

Also, the Consultant and the Chairman, Beekeepers Association of Delta State, Comrade Sunday Ojenima, expressed happiness and appreciation to the State Government and to the job creation bureau for ensuring that apiculture is included in YAGEP.

He assured the state that with proper monitoring and mentorship, the YAGEPreneurs would enjoy bumper harvests in honey production by April next year.

Earlier, the Programme Supervisor (YAGEP), Mr. Sam Ndikanwu, pointed out that it was the first time bee-keeping was introduced in YAGEP, stating that the beneficiaries were appreciative of the efforts of the State Government to improve their production capacity.

He added that all the items needed for honey production had been given to them for the growth of their enterprises, beginning from the hives to the processing equipment.

He expressed hope that with the support package given to them coupled with the market availability, bee farming in Delta State would flourish.

They said the support package would go a long way in helping them to expand their businesses, thereby improving their economic fortune.