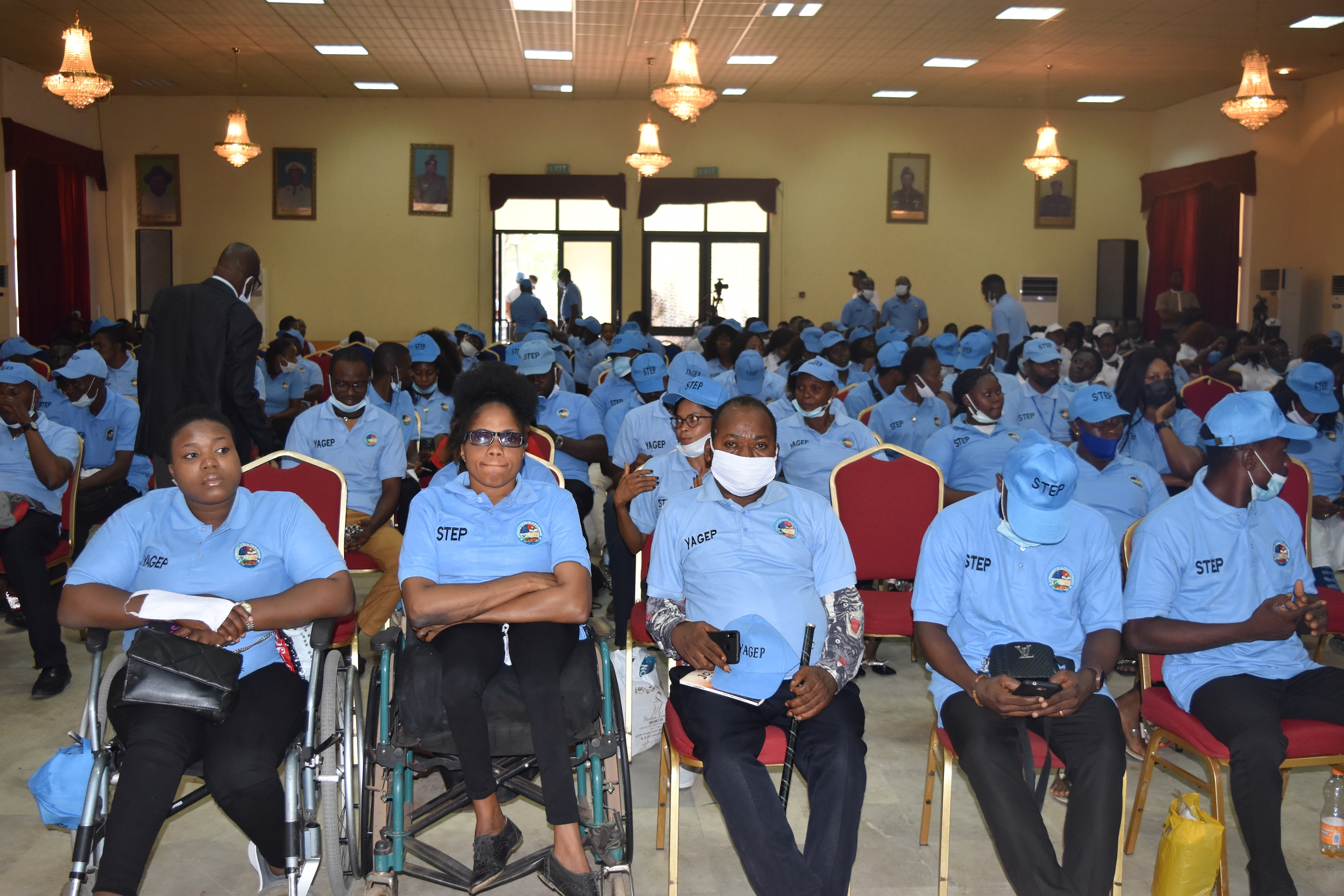 The cash awards presented to them by the Secretary to the State Government, Chief Patrick Ukah, were in different categories in fulfilment of Governor Ifeanyi Okowa’s promise to them during the Graduation Ceremony organized for 1,000 2020/2021 STEP and YAGEP graduands held in January this year.

Addressing the beneficiaries at the Unity Hall, Asaba, Chief Ukah, said the successes recorded by the beneficiaries by the job creation programmes of the State Government through STEP, YAGEP and GEST are testimonies of building a new Delta in fulfillment of Governor Okowa’s vision.

“My excitement is emotional by the expression of the beneficiaries because what I see in this hall and what I saw weeks back is what we hoped for to build a new Delta. The logo of the State on your shirts and the Delta Flag and of course our Anthem and you all sitting in this hall are testimonies of what we had in mind when we designed the shirts and the new Delta logo.

“We want to see a future of young men and women who will change the shape of Delta State. Delta has built roads and done a lot of things but one thing that the Governor cherishes so much is the Job and Wealth Creation Bureau. Our job is to build Deltans especially the youths,” he remarked.

While tasking them to invest wisely the money received and to keep making the government proud with the skills acquired, he tasked them to uphold the philosophy of Okowa as an “Ekwueme,” as one who fulfills his promise to their communities.

“Be dedicated to your businesses. Delta is number one in man-power development. What we do here is to teach you how to fish; not to give you fish to eat. Keep proper business record. The future of Delta State is in your hands. Do not abuse this opportunity. Single yourselves out as the best,” he added.

According to him, “today is evidence that hard work, perseverance, diligence, patience, integrity and honesty pay. The job creation bureau has imparted knowledge in you; these are the best gift in life and it will help you in your businesses.”

On his part, the Executive Assistant to the Governor on Youth Monitoring and Mentoring, Mr. Edward Mekwunye, urged them to make their lives purposeful through hard work in order to make the State Government’s investment on them worthwhile.

In the same vein, the Senior Special Assistant to the Governor on Girl Child Empowerment Office, Mrs. Marilyn Daramola, described the award as well deserved especially at a time people are facing hard times, charging the beneficiaries to put it into good use.

Responding on behalf of the beneficiaries, Kelvin Atano, thanked the State Government for the kind gesture, pledging to invest the cash award wisely.

The highpoint of the ceremony was the symbolic presentation of a cheque of ₦500,000.00 to one of the beneficiaries by the SSG, Chief Patrick Ukkah.