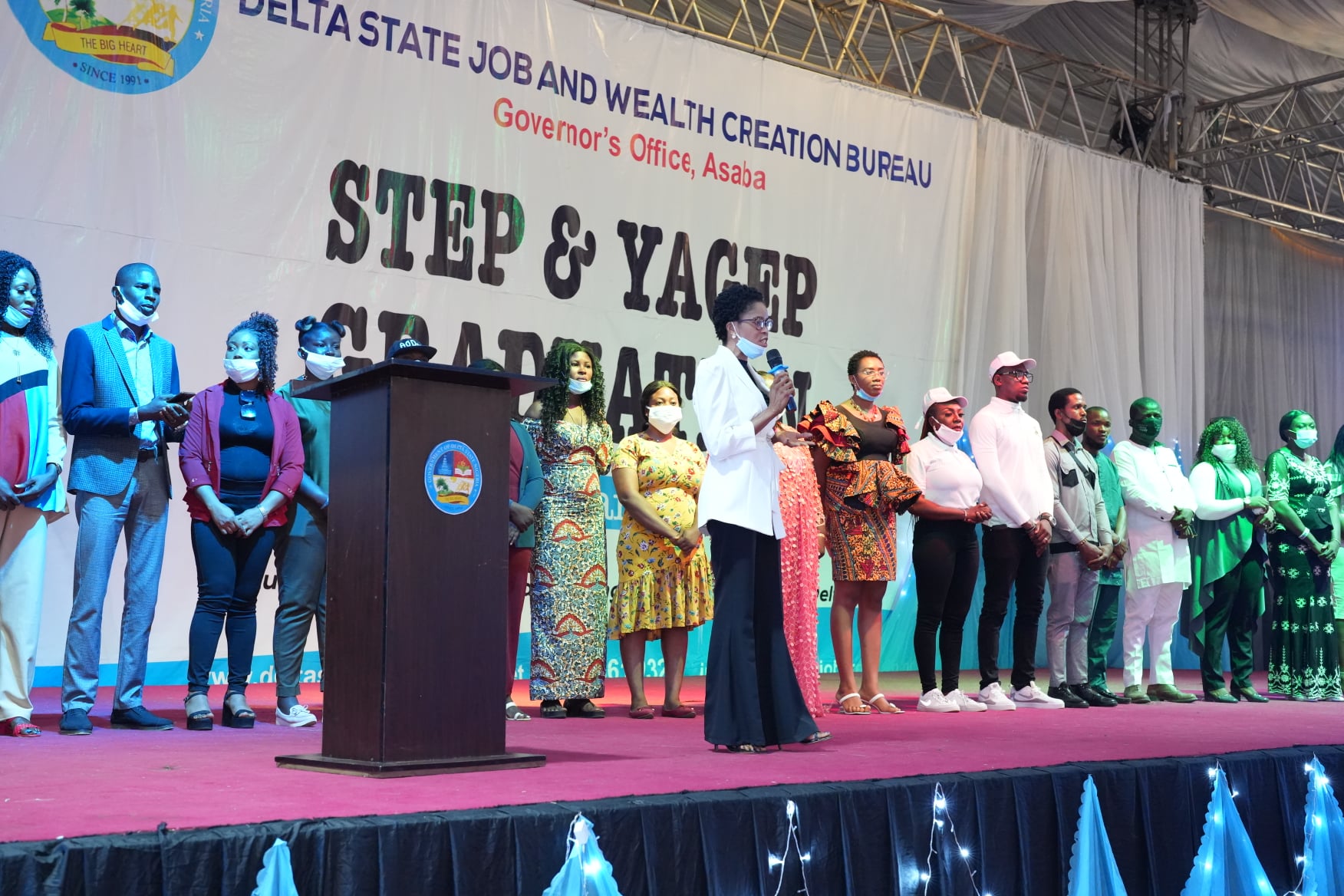 Speaking after he got the bank alert of ₦.5M as one of the outstanding beneficiaries, YAGEPreneur Lucky Erikefe, in Poultry Production, expressed deep appreciation for the funds.

He recalled that back in Songhai Delta, Amukpe during the flag-off of the job creation programme, Governor Okowa had promised to make serious-minded entrepreneurs millionaires. “Today I can testify that, the promise has come to pass in my life and in the lives of my colleagues. This is a proof that Okowa’s youth and entrepreneurship developments are pivotal to his administration. The release of this fund is an encouragement to us to uphold our various businesses.”

Also, two of the outstanding beneficiaries, STEPreneur Maureen Chinonye Achugbue, a Cosmetologist, and YAGEPreneur Helen Udoma-Ebegbare, in Fish Production, assured the Governor that they would continue to deliver in his vision of building a Stronger Delta by ensuring that they sustain their businesses. According to them, “We assure you sir, that we will keep being outstanding entrepreneurs as that is the only way we can truly pay you back for all you have done and keep doing for us. Bringing prosperity for all Deltans and building a stronger Delta remain the focus, and in our own way, we will keep this vision alive.”

YAGEPreneur Chiweike Nwankwo on behalf of the members of the Job Creation Prosperity Choir thanked Governor Okowa for his magnanimity and the ₦10M cash award to them, describing him as a true definition of a selfless, focused and people-oriented leader.

“We are proud Youths of Delta State, from Streets to CEO'S, and like our song implies you taught us that the future of Delta State depends not only on our certificates, but also on our ‘sabificates.’ We assure you that the funds will be judiciously used to grow our businesses," he stated.

For the Smart Dancers, STEPreneur Anthony Ekomaye, (Electrical Installation, Maintenance and Repairs) maintained that the ₦7.5M cash would go a long way in helping them as entrepreneurs in this critical period of economic recession. He pledged the group’s loyalty to the leadership in the state, praying that the Governor finished well and strong his tenure.