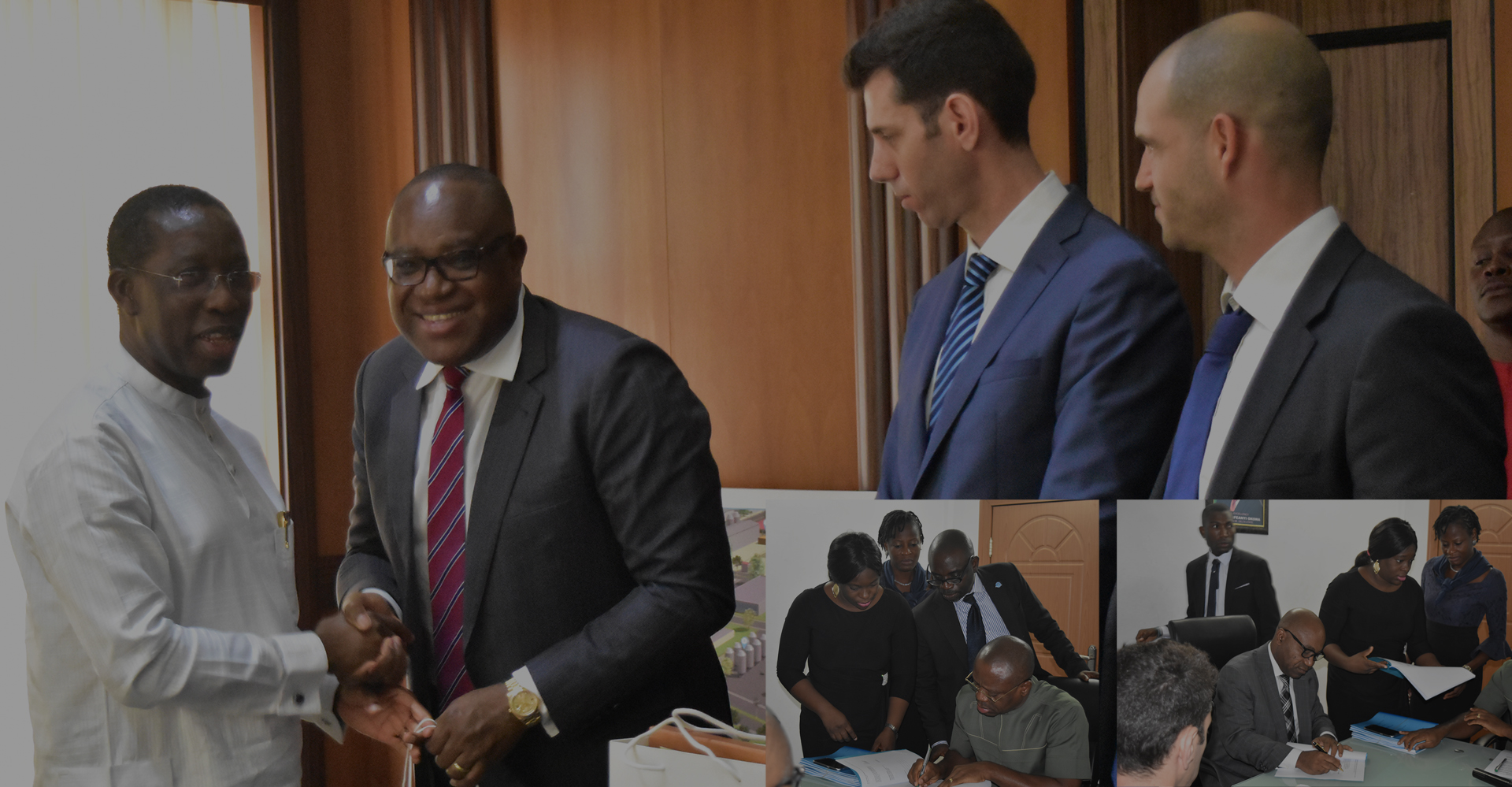 In its commitment to developing and harnessing the agricultural potentials in Delta State, Governor Ifeanyi Okowa has gone into partnership with private investors to establish a multi-billion naira agro-industrial park in the state.

This was made known when the members of the Committee on Agro-Industrial Park led the joint ventures partners to the state government, Mirai Technologies Ltd and Norsworthy Investment Ltd on a courtesy visit to the governor in Government House, Asaba.

The visit came immediately a Joint Venture Agreement on the development of an agro-industrial park between the state government, Mirai Technologies Ltd and Norsworthy Investment Ltd was signed in the Office of the Secretary to the Delta State Government, Asaba.

Congratulating them, the governor expressed his delight that the joint venture has been signed and that the committee has come to the highpoint of the establishment of an industrial park.

He said the process which has taken two years is an example of Public Private Partnership (PPP) which when completed would create employment for the youths and ensure food security in the state.

He urged the investors to hit the ground running, “I look forward to the process that will lead to the ground breaking ceremony. Lots of people are interested in agriculture and are confident in investing in it”.

Governor Ifeanyi Okowa charged youths in the state to go into agriculture as a sustainable means of livelihood and as the future of Nigeria. He said his administration will continue to encourage all Deltans to go into agriculture, especially the youths through the Youth Agricultural and Entrepreneurs Programme (YAGEP) and Micro Credit Scheme.

Earlier in his brief, the Chief Job Creation Officer and the Chairman of the Committee on Agro-Industrial Park, Prof Eric Eboh, emphasized that a significant milestone has been made  with the signing of the joint venture agreement between the partners after 2 years ago of  rigorous due process of feasibility study, review, revalidation, negotiation, approval and ratification.

He recalled that the establishment of an agro-industrial park is the brain child of the governor right from his gubernatorial manifesto in line with his vision of developing agricultural value chain and promoting agro-industrialization of the state.

They emphasized that in a country of about 180 million people, agriculture is the way to go and is the future of Nigeria, assuring the state government that in few years to come, the fruits of the investment will be seen.