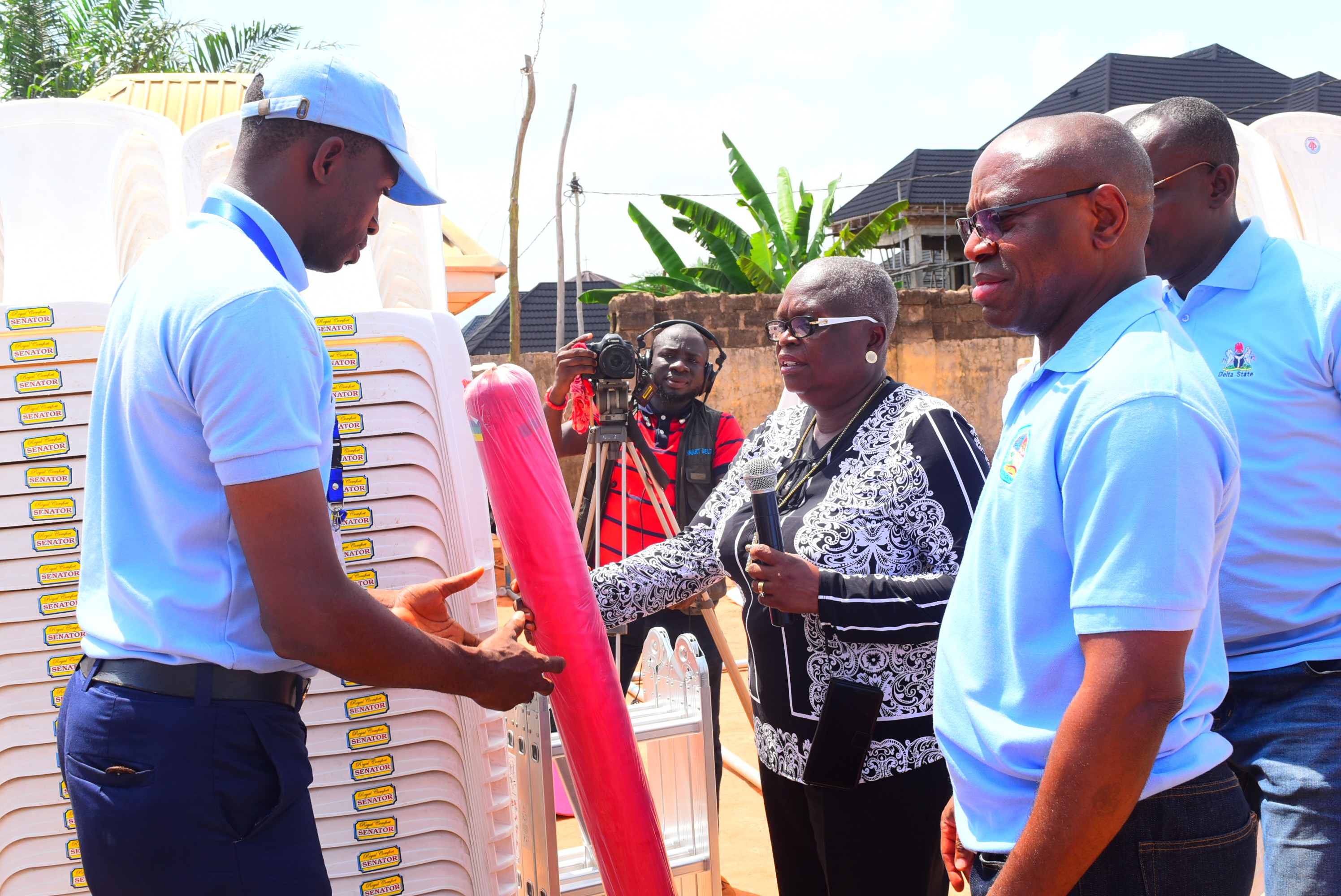 Beneficiaries of the state job creation programmes have been charged to use their starter packs and skills/knowledge acquired during training to make their enterprises reference points.

The Hon. Commissioner for Women Affairs, Community and Social Development, Rev. Omatshola Williams, gave the charge during the handing out of starter packs to 2017/2018 cycle 32 STEPreneurs in Hairdressing & Makeover and 18 others in Decoration & Event Management in Asaba.

Presenting the starter packs to them on behalf of the state government, Rev Williams said “You have no excuse to fail. Hairdressing and Event Management are money making enterprises. You have been given all you need to succeed; I therefore expect you to expand beyond bounds. As CEOs and MDs of your enterprises, utilize your starter packs, ideas and knowledge to create wealth for yourselves and to become employers of labour.”

The Women Affairs Commissioner commended the State Governor, Senator Ifeanyi Okowa, for fulfilling his campaign promise of Strategic Wealth Creation and Provision of Jobs for all Deltans through his job creation programmes.

On his part, the Chief Job Creation Officer, Prof Eric Eboh, said, “The job creation programme is running its third cycle and has a new introduction, Brown STEP who are persons who have already undergone vocational skills training on their own, but were selected and enhanced through refresher skills training and entrepreneurship training to adequately qualify for starter packs to owe and run their enterprises.”

He disclosed that the 745 beneficiaries of the 2017/2018 cycle of the Skills Training and Entrepreneurship Programme (STEP) and the Youth Agricultural and Entrepreneurs Programme (YAGEP) will be inaugurated by the State Governor, Senator Ifeanyi Okowa on Thursday 17th May, 2018 at Orchid Hotel, Asaba.

Also speaking, the Project Coordinator of the World Bank, European Union assisted State Employment and Expenditure for Results (SEEFOR) projects, Mr Benson Ojoko, pointed out that the involvement of World Bank in the job creation programmes of the state is an endorsement of the initiative.

According to him, “This is an eloquent testimony that the job creation programme of Delta State is working and an indication that if the tempo is sustained, other Delta youths will benefit. You have the choice to create the change you desire; in five years or more, you will become employers of labour.”

Responding on behalf of others, Nkechi Odogwu (Decoration & Event Management) and Iwride Faith (Hairdressing & Makeover) expressed their gratitude to the state government for the training and establishment with starter packs, pledging to use the skills and the knowledge acquired to become self-reliant and employers of labour.