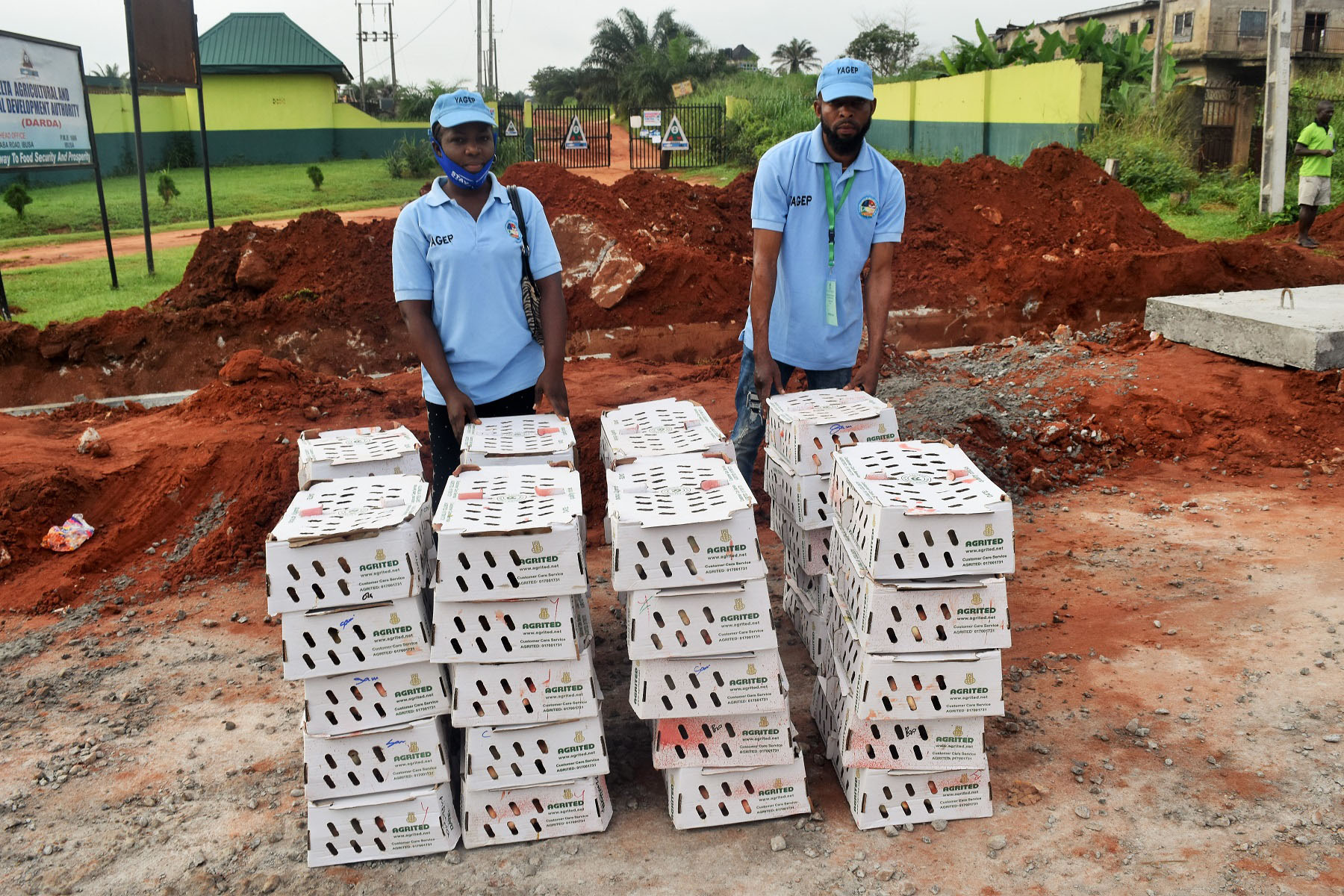 In furtherance of the Delta State Government’s commitment to building a new generation of entrepreneurs in the state, the Green YAGEP beneficiaries of the 2019/2020 Cycle have received day old broilers to begin their agricultural enterprises in Poultry. 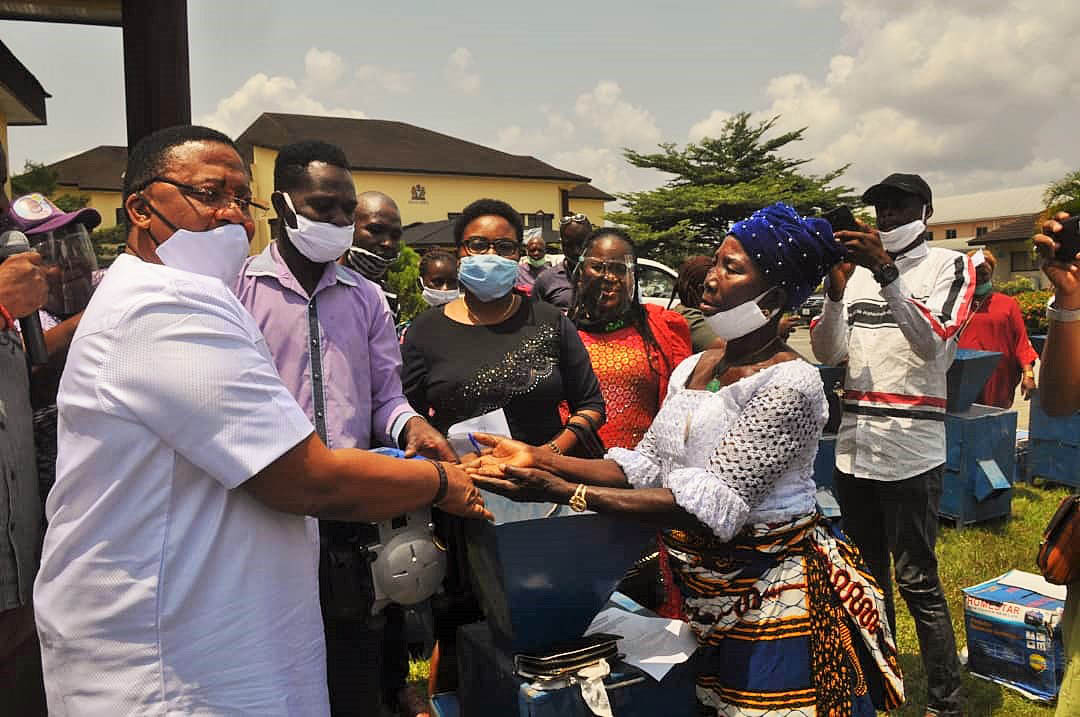 As part of its efforts in reducing the adverse economic impact of the Coronavirus Pandemic on households, the Delta State Government has handed out 90 melon shelling machines and generators to widows across the state. 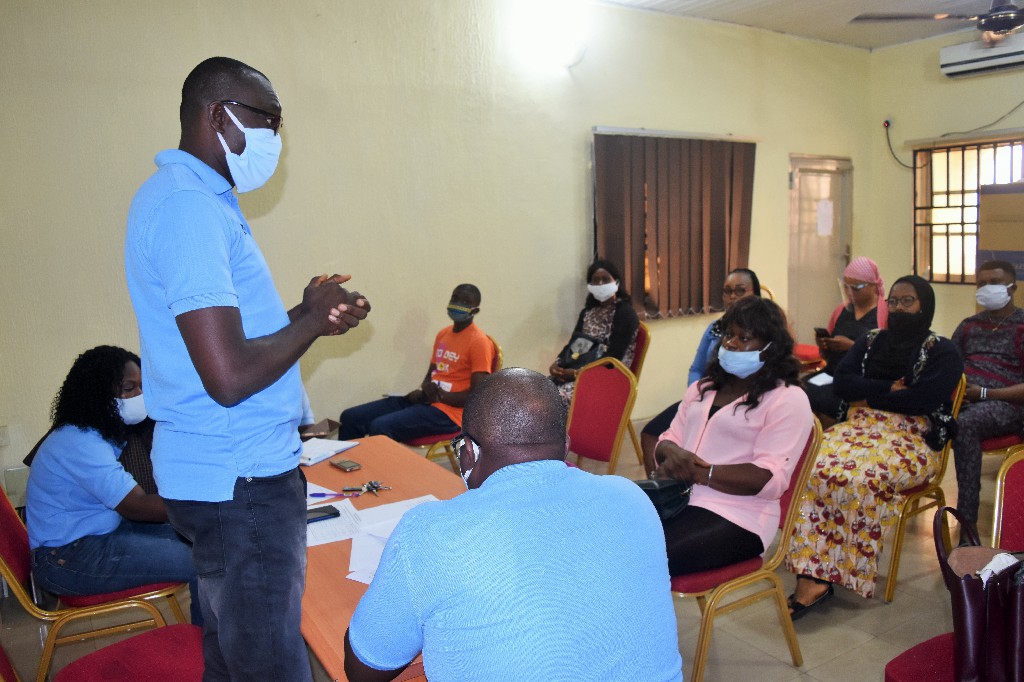 Job creation assessors have been called on to maintain high standard in assessing the competence of the state government’s Skills Training and Entrepreneurship Training (STEP) graduates in the Completion Proficiency Test (CPT).

The Chief Job and Wealth Creation Officer, Prof Eric Eboh, made the call during a meeting between the Office of the Chief Job Creation Officer and STEP trainers/assessors in Asaba to discuss the scheduled Completion Proficiency Test (CPT) for the second batch of 2019/2020 Cycle STEP graduates who recently completed their training.

Prof Eric Eboh represented by the Coordinator of STEP, Mr Onyeisi Nkechor, stated that the assessors were invited to the meeting to enable them work together to generate questions for the graduates based on the STEP training module.

He recalled that the old practice was to establish STEP graduates with starter packs immediately after training, stressing that due to constant review and appraisal of job creation programmes in the state, CPT was introduced to ensure beneficiaries of the programme are adequately grounded in their skills area before they are established with starter packs.

He added that the introduction of CPT has helped to enforce greater discipline in the programme as it has compelled the beneficiaries to take the training more seriously, thereby making them better equipped to sustain their businesses.

He recounted that the Office of the Chief Job Creation Officer conducted CPT for 112 STEP Graduates three weeks ago after which they were established with starter packs last week.

“Today, we have new skills. We do not need everyone to pass out of the programme before we assess them. We are to access those of them who graduated last week in Catering and Confectionery; Hair Dressing, Makeover and Braiding; Audio-Visuals; Fashion and Textile Designs and Cosmetology he remarked.

He disclosed that the selected assessors comprising job creation trainers and staff of the Technical and Education Board (TVEB) were drawn from the three senatorial districts to cover the skills for which the STEP graduates are to be tested in and to cater for beneficiaries in the Warri and in the Asaba axises simultaneously.

While tasking them to ensure that the questions are 100% practical and to uphold the high standard the programme is known for in assessing the performance of the graduates, he urged them to ensure that successful STEPreneurs are those who can stand their ground in the world of entrepreneurship.

Speaking on behalf of others, the CEO of Jazz Stitches, Ughelli, Mrs Voke Egwede, affirmed that the introduction of PCT in the STEP programme was a welcome development as it has made the trainees more determined to be proficient in their skills area and to qualify for establishment with starter packs. 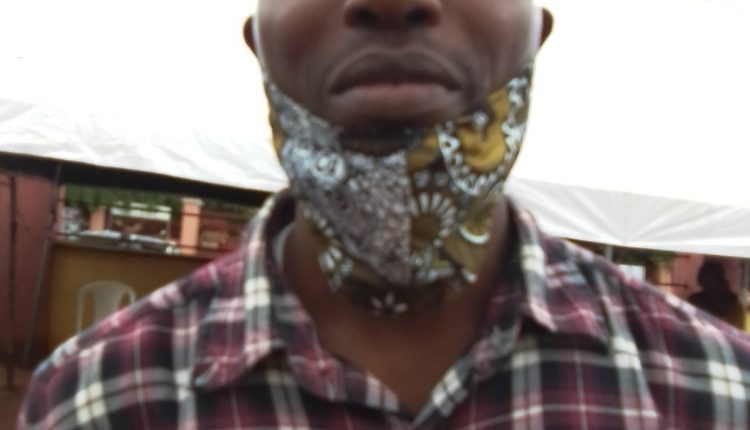 Delta State government has sustained its Job and Wealth Creation Programme which its pilot scheme commenced in 2015/2016 and now successful beneficiaries of the programme are boasting of world-class products even as they trace their growth and achievements to the superlative training and empowerment they had.

In line with the COVID-19 preventive guidelines, the Delta State Government is organising a three day Entrepreneurship and Business Management Training (EBMT) for its second batch of STEP graduates.

YAGEP beneficiaries engaged in Fish Production at Ugbokodo in Okpe Local Government Area have commended the Delta State Government for the on-going renovation of their fish ponds.

The YAGEPreneurs made the commendation in a message delivered through the Chief Job and Wealth Creation, Prof Eric Eboh to the Governor. 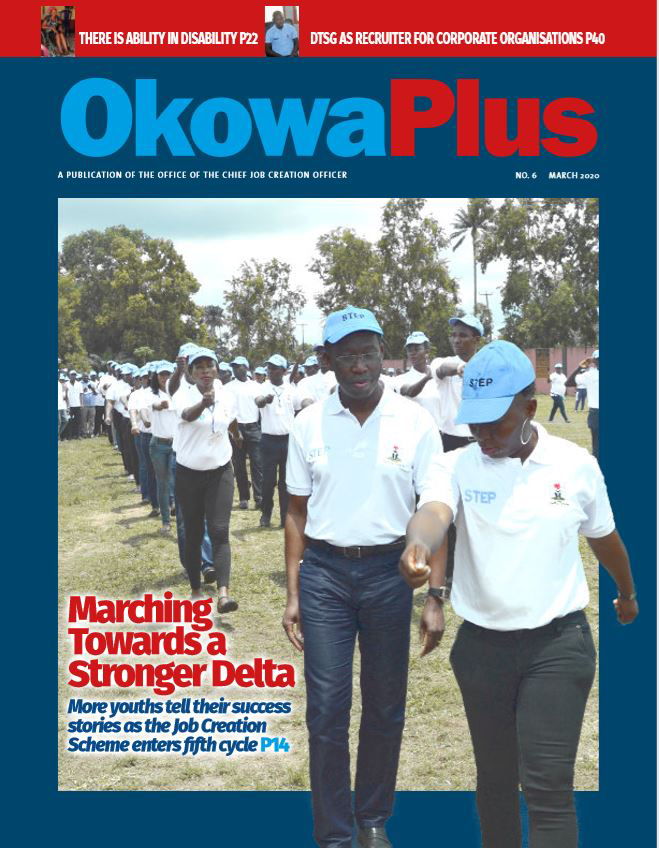 Introduction to the 6th Edition of Okowaplus Newsletter 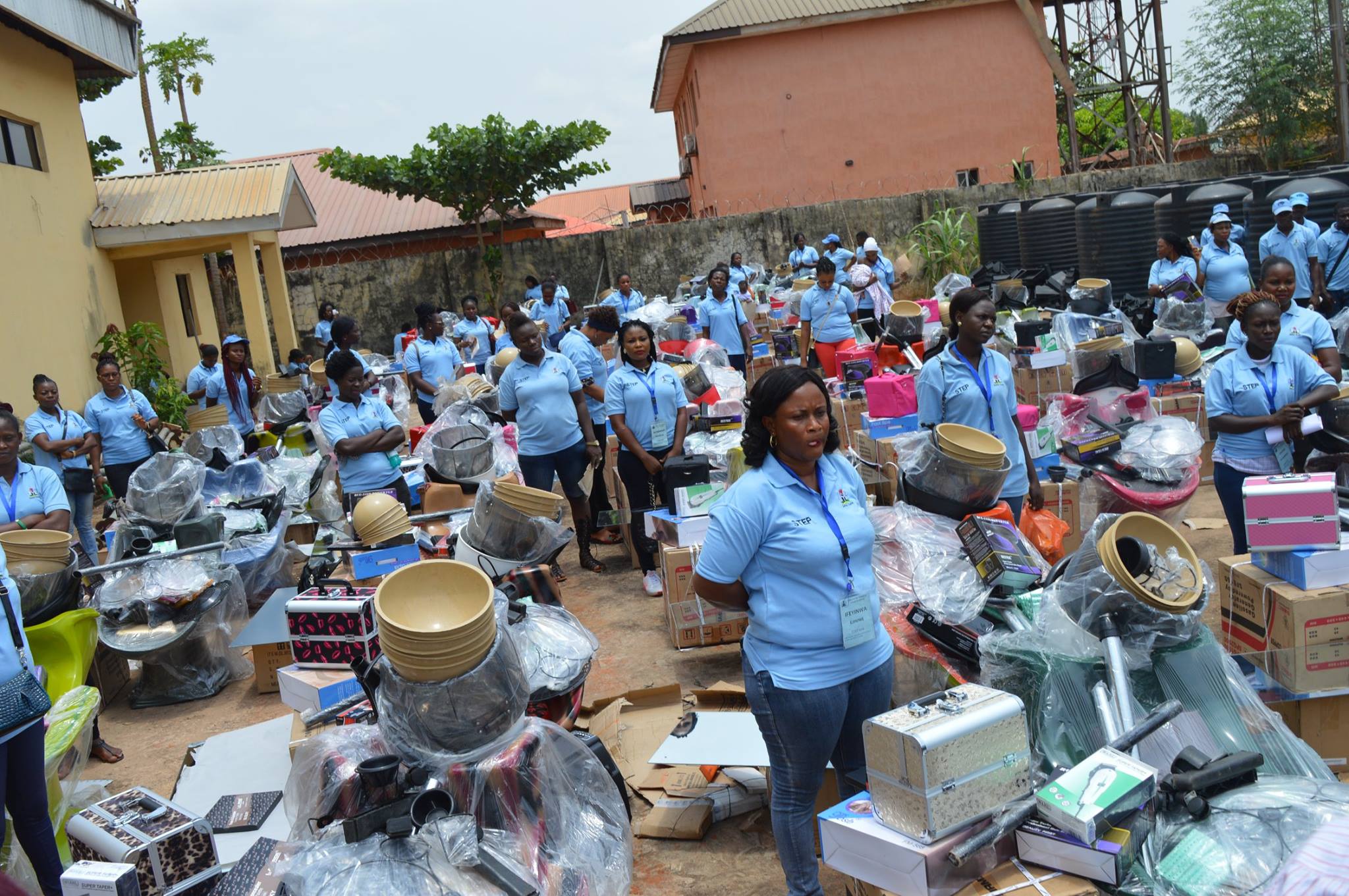 The rising unemployment rate in Nigeria is the bane of economic development of the country. Joblessness has resulted in increase in social ills among the young people.