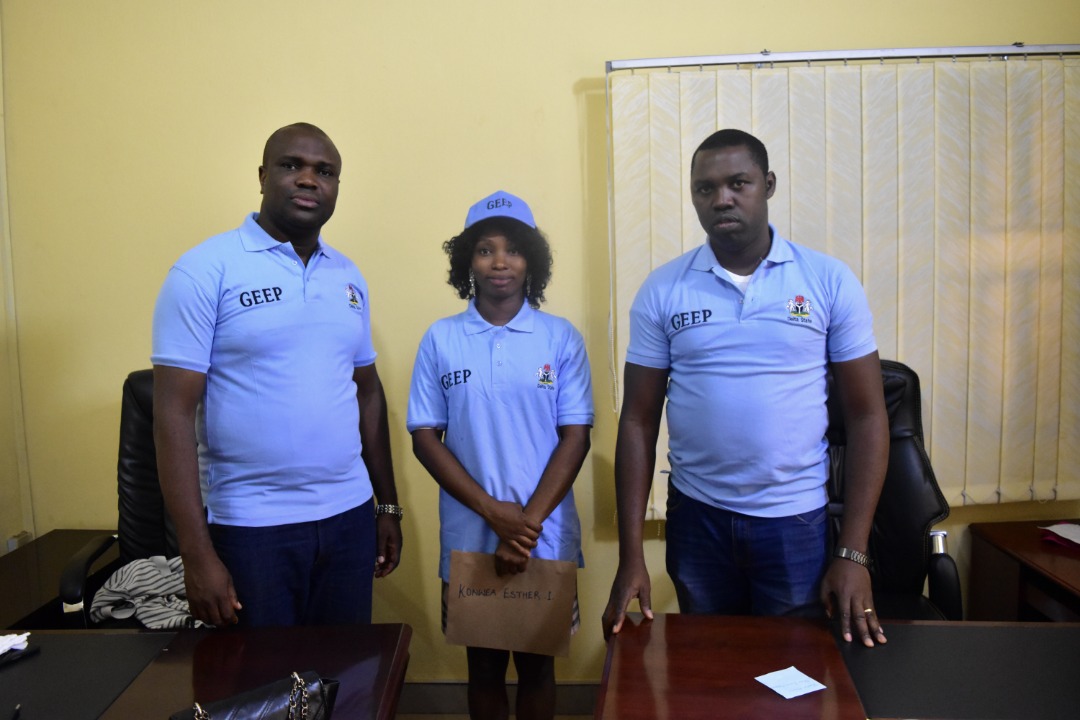 In furtherance of its determination to curb unemployment, the Delta State Government has flagged-off the 2020/2021 Graduate Internship Facility (GIF) of the Graduates Employment Enhancement Programme (GEEP.)

Prof Eboh explained that the 2020/2021 GIF would commence with 3 graduate nominees who have been interviewed and selected by Premium Steel and Mines Ltd, Aladja, pointing out that the GIF would last for six months during which the graduate interns would be paid a stipend in the sum of ₦50,000 monthly in addition to other benefits given by the host company.

Responding on behalf of the beneficiaries, Mrs. Esther Ifeanyi Konwea who studied Psychology from the Delta State University said she graduated from the university since 2018, adding that she was grateful to God and to Governor Ifeanyi Okowa for giving her the opportunity to be part of the programme.

She expressed optimism that the programme if continued would enable more youths and graduates to become beneficiaries, thereby reducing youth unemployment.

She pledged to be a good ambassador of GEEP and to serve her host company diligently during the six months internship in order to be retained by Premium Steel and Mines Ltd, Aladja. 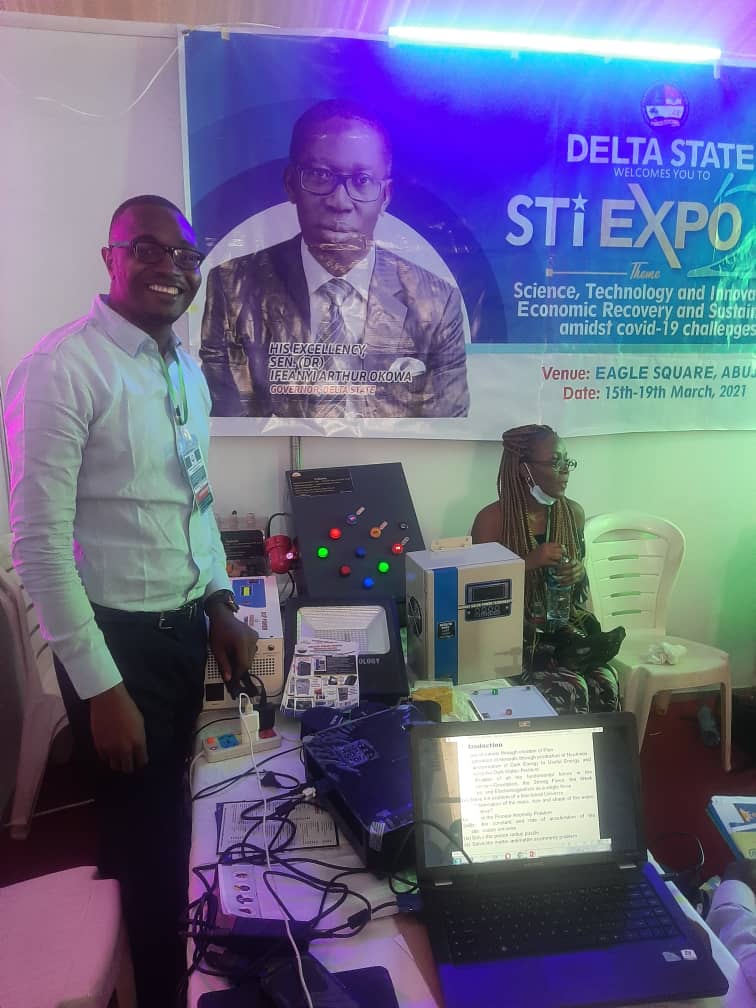 -Says Gov. Okowa’s Job Creation Programme is so Real and Well Thought Out.

ATANO, OCHUKO KELVIN has a BSC in Accounting and a PGD in Business Management from Obafemi Awolowo University, Ife. He hails from Ughelli North Local Government Area. He got enrolled in the Delta State Government’s Skills Training and Entrepreneurship Programme (STEP) in the 2017/2018 Cycle and was trained in Electrical Installation and Repairs. He is the Co-MD/CEO of JK Science & Tech Innovative Company LTD, a company that deals in all fields of Electrical and Electronics Engineering; known for the production of electronic devices and to offer electrical services. They manufacture inverters, car trackers, household alarm devices, security devices etc.

GOV. OKOWA MADE ME A MANUFACTURER, CEO OF A COMPANY- SAYS AFAKWU

Ifeyinwa Afakwu is the CEO of Sparkling International Cosmetics located in Asaba. She is a Brown STEP beneficiary in the 2018/2019 Cycle. She obtained an OND in Public Health from the School of Health Technology, Ufuoma, but was jobless for five years after graduation. Though she had previous knowledge on how to produce laundry and cleaning agents as well as cosmetics from a company, she could not start a business because of lack of funds.

Ifeyinwa’s enrolment in the Delta State Government’s Skills Training and Entrepreneurship Programme (STEP) changed her story. Trained in the Production of Cleaning Agents, she has distinguished herself with 16 branded products to her credit and is close to completing certification of her products with NAFDAC barely two years after establishment with starter pack. She is a manufacturer, an employer and a trainer.

Hear her success story, “Help came through the job creation bureau when I couldn’t help myself. I was established with a generator, an automated mixer for soap, a double boiler method for cream, a mini mixer for cream, a measuring scale, a set of blender, a heat gum, a sealing machine, an industrial thermometer, an oven for drying of organic products, a mould cutter for cutting bar soup, a big mixing bowl, a mini water drum, three buckets and ₦55,000 for shop rent subsidy and transport fare. I have been able to put them into good use as you can see from my products.

“At present, I have 16 beauty and cleaning agent products branded in my business name in the market. NAFDAC has given me freedom to start processing my products and I am working hard to meet the required standard. I have acquired more equipment, rented a big place for production and an outlet for sale of my products. I have four trainees and two employees on my payroll.

“Some of the products are in high demand and I have exported to Libya. They have been used widely in Abuja, Akwa Ibom, Lagos, Kaduna and here in Asaba. Thanks to Governor Okowa for making me a manufacturer, a producer and a CEO of a company which I never thought I could become.” 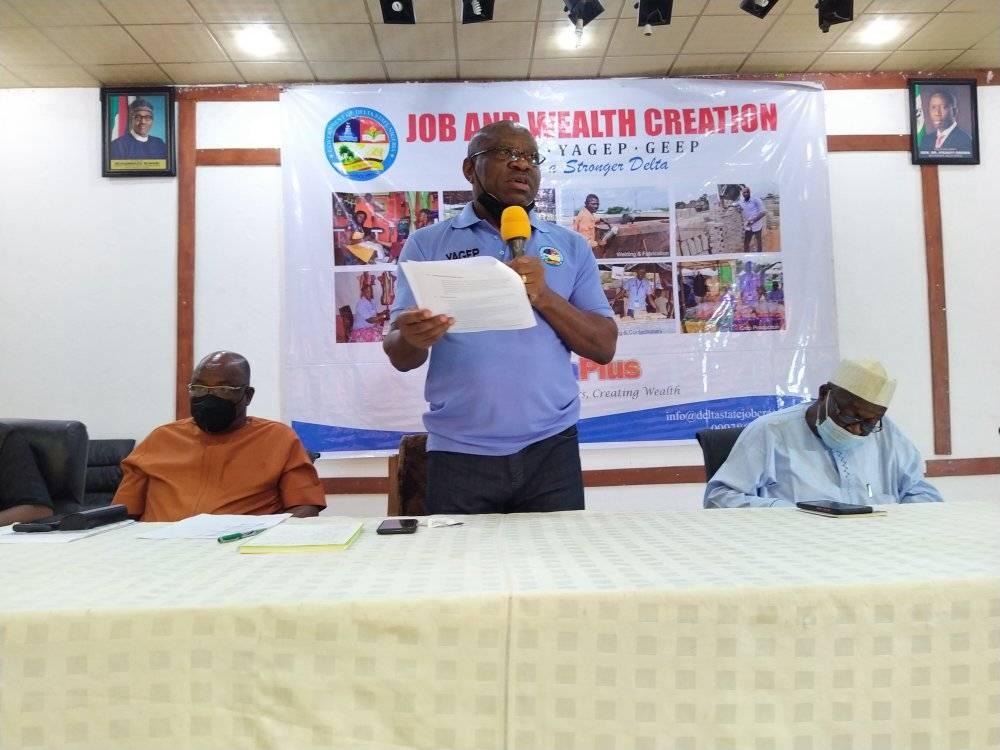 In furtherance of the Delta State Government’s commitment to sustain the agricultural enterprises of YAGEPreneurs, beneficiaries have been charged to register their farms and to keep records of their farm activities. 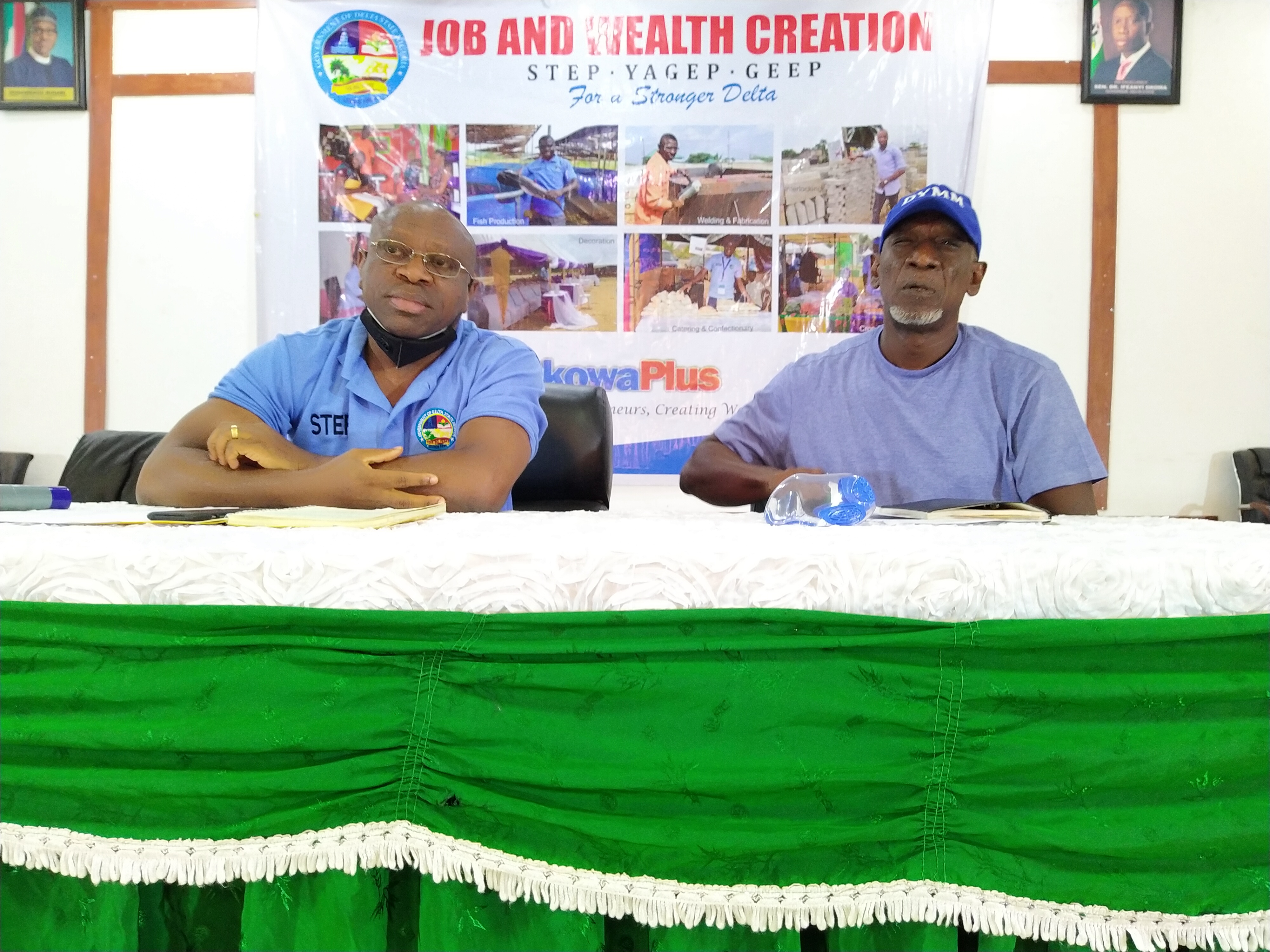 STEP trainees have been charged to shun absenteeism, indiscipline and irregular attendance to lectures at their training centers in order to graduate from the scheme as well-skilled entrepreneurs and businesses owners. 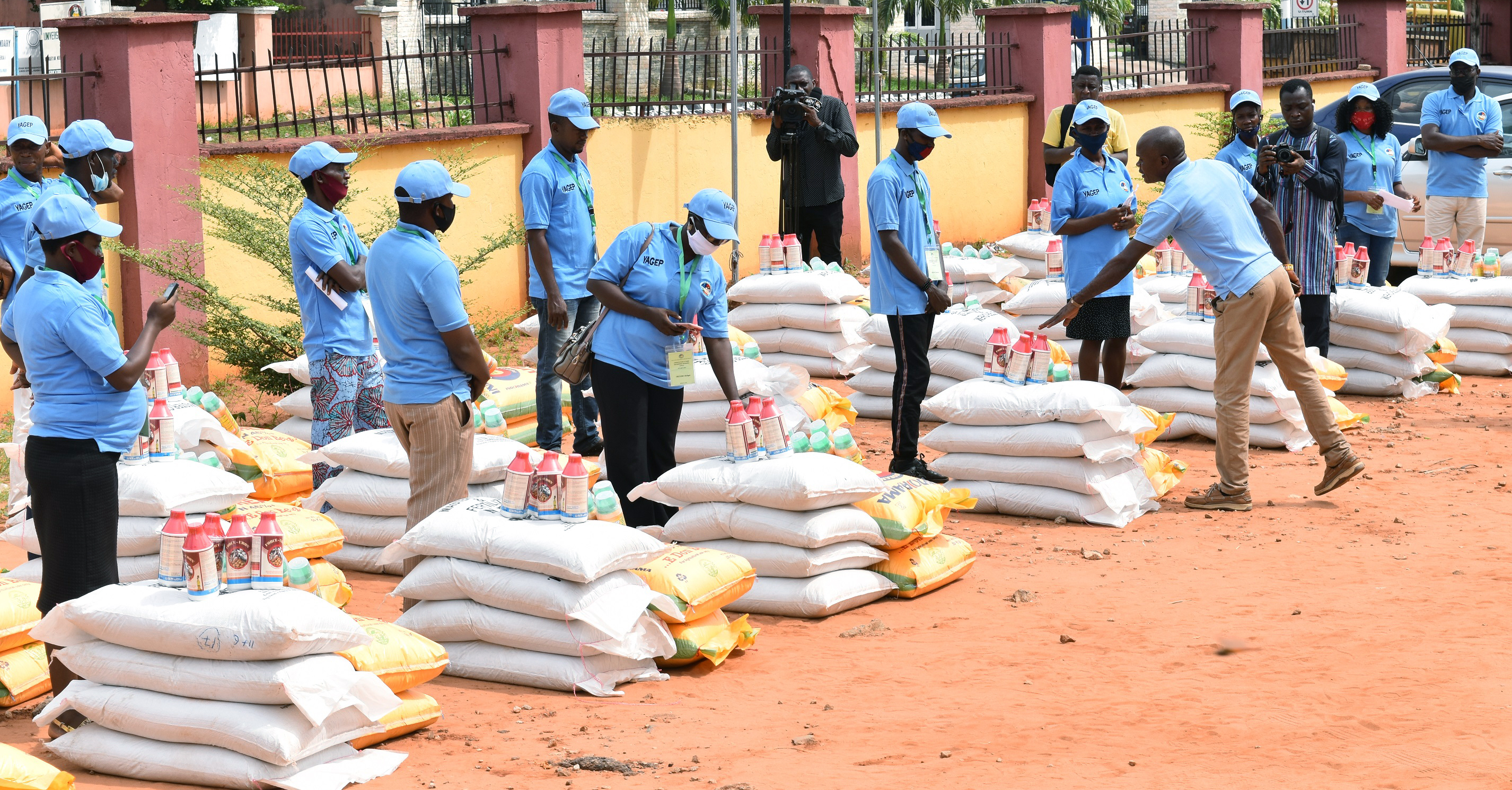 In line with the vision of the State Government to support youth farmers to expand their agricultural enterprises, become employers of labour and to boost food security, the Delta State Job and Wealth Creation Bureau has given farm inputs to YAGEP beneficiaries in Crop Production.

The beneficiaries of the farm input included all youth farmers enrolled in Crop Production under the 2020/2021 Cycle of the State Government’s Youth Agricultural Entrepreneurs Programme (YAGEP.)

Addressing the beneficiaries, the Chief Job and Wealth Creation Officer of the bureau, Prof Eric Eboh, said the support package was in line with the vision of the State government to offer training, create jobs and wealth, and to support youths to become successful and gainfully self-employed entrepreneurs.

“Yesterday, you were participants at the Orientation and Farm Enterprise Training organized for you by the bureau. Today, the farm enterprise training workshop is being followed with provision of support packages to you. Depending on the type of farm enterprise, the support package includes critical production inputs such as fertilizer, crop agrochemicals, and cash for land preparation, seedlings, weeding and harvesting,” he remarked.

He assured them that they would be exposed to and tutored in best agricultural practices in farm enterprise management, innovative production technologies and profitable agribusiness throughout the production cycle.

On his part, the YAGEP Programme Supervisor, Mr Sam Ndikanwu, advised the beneficiaries on the proper methods of application of the farm inputs such as the fertilizers and agro-chemicals.

He pointed out that they were receiving the first tranche of input comprising five to 12 bags of fertilizers such as NPK 15:15:15; Urea; Mariate of Potash and Single Super Phosphate and Pre-Emergence and Post-Emergence Agro-chemicals each based on their agricultural enterprise.

While emphasizing that 30 beneficiaries in Asaba and its environs were receiving the inputs in Asaba, he said other beneficiaries would receive theirs in centers nearest to them either in Agbor, Kwale, Ughelli or in Warri Centers.

According to him, “The Brown YAGEPreneurs are not freshers; they are used to application of agro-chemicals and have received adequate training on the application of these fertilizers. Agriculture is time specific, hence we are giving out these inputs during the raining season. Our crops are rain feed and this is the planting season. We are doing this now to get good yield in order to boost food security in the state.”

Onwudike Stephen (Oshimili North LGA) in Plantain Production while expressing gratitude to the State Government for the kind gesture, said he received 14 bags of fertilizers and 5 agro-chemicals to be followed by a cash component as his support package.

“These will help me to expand my farm enterprise, boost my production capacity and to engage more youths to work with me. I advise youths to go into agriculture because agriculture is key to food security, employment and national development” he enthused.

Also, Uwadia Stephanie (Ndokwa West LGA) in Cassava Production affirmed that the orientation and training coupled with the support package by the bureau had improved her mentality about farming, adding that she was motivated to improve her farming technique. 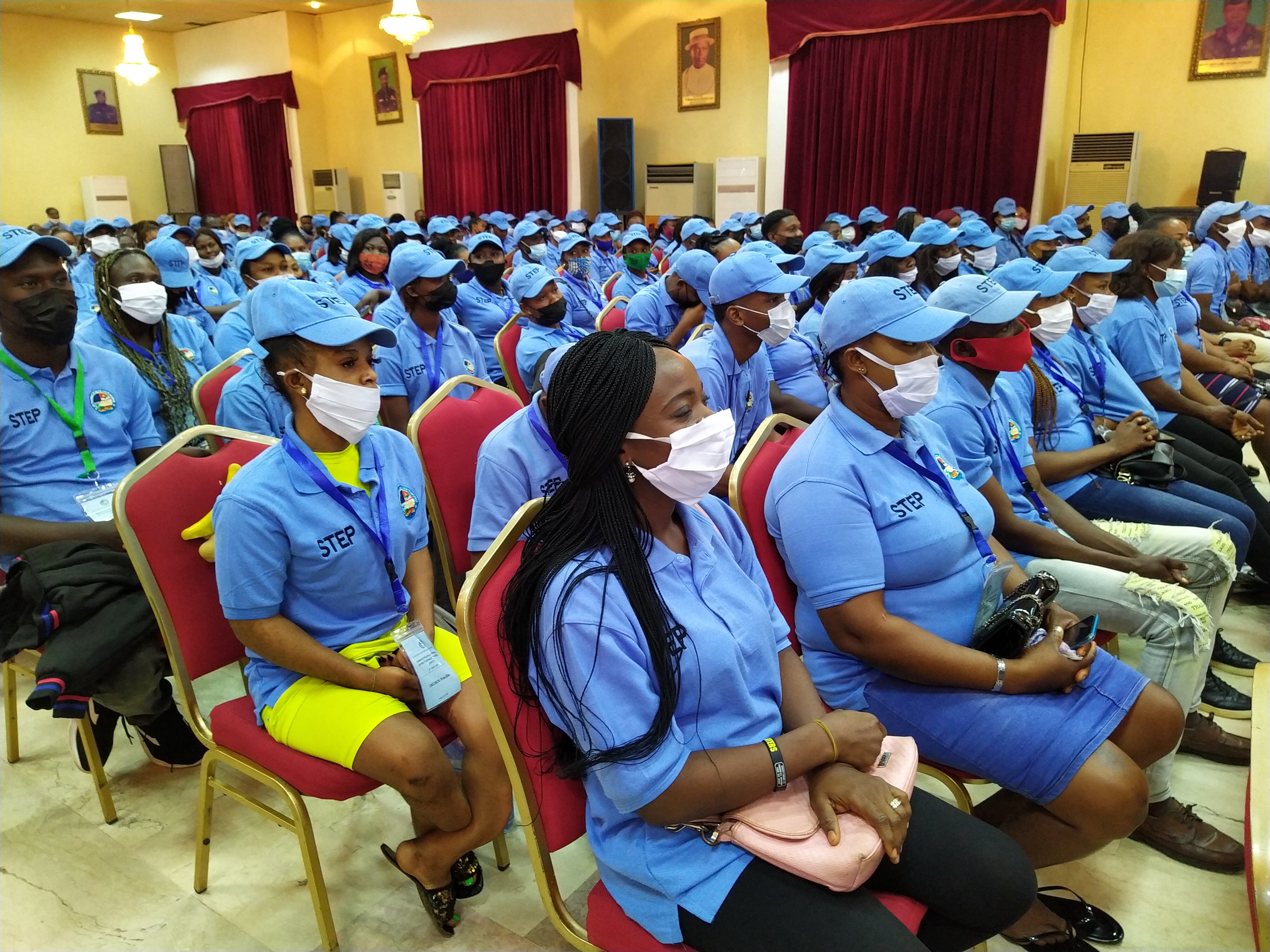 In furtherance of its efforts at ensuring that trainees of the its STEP programme graduate into seasoned entrepreneurs and wealth creators, the Delta State Job and Wealth Creation Bureau has held its Second Mid-Training Review Meeting with STEP trainees. 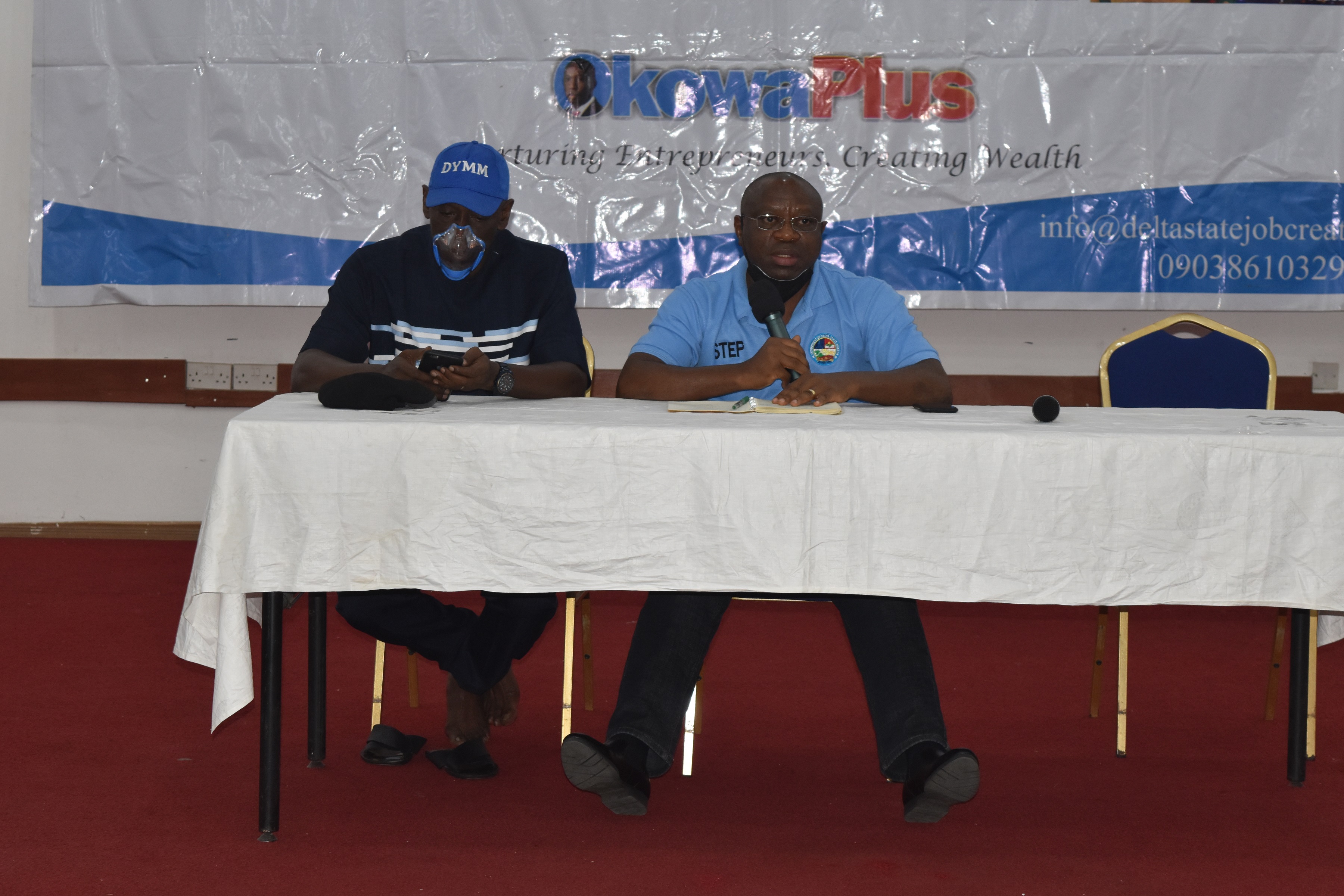 Trainers engaged by the Delta State Government to train beneficiaries of its Skills Training and Entrepreneurship Programme (STEP) have been called upon to adhere strictly to the code of conduct guiding the implementation of the programme.